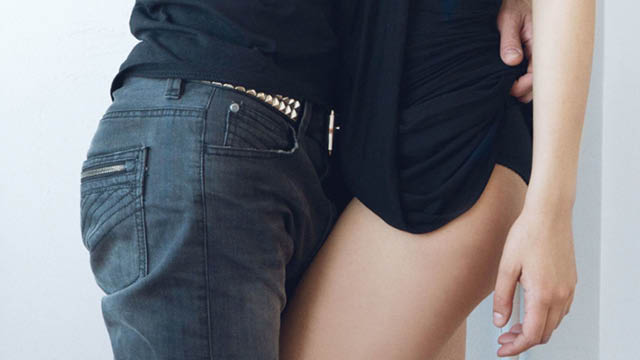 I recently read an article that preached that it is antisocial and somewhat pathetic to not be able to stick around for small talk and snoozing after you’ve gone back to a stranger’s for a shag.

“Jesus Christ” I whisper in shock; casual fucks have always been the epitome of my social life, and now I’m being told it doesn’t even count as legit evidence that I socialise anywhere but online?! But the real definition behind the term ‘one night stand’ is that of a very casual encounter where one has no interest in a follow up night of sex., thus ‘one night’. Just to clarify, ‘one night stand’ doesn’t mean ‘let’s have the world’s shittest sleepover so that I can feel a little less shame over having sex’.

Don’t get me wrong, as much as I love my own company, I’m a total whore for affection. I’d sell my soul for a night of being cuddled, having my hair stroked and being called some sickening pet-name… But absolutely not with a stranger! I’d argue that my inability to be affectionate toward someone I don’t know is actually just a matter of my affections and care being truly genuine and sincere. I hear people giving their cars nicknames and referring to material objects with legitimate compassion, and it overwhelms me with despair that people’s level of emotion is relatable to that of a car?! When people refer to an item of clothing as a ‘she’, I just find it to be nothing but an insult to all humans – don’t compare me, or anyone else to an object that you’re too weak minded to view as a fucking object. Back to the dirty talk – do I want to disingenuously cuddle a man I don’t actually care for all night? No!!! It just feels uncomfortable to pretend to give a shit about someone I don’t know.

It’s okay to crave affection, but perhaps not too healthy to only seek affection or love in a romantic sense… it just leaves us being dependent and unable to make reasonable judgements of potential partners.  Surely it’s more fulfilling to get your emotionless sexual pleasure and go home and tell your friends about it, or text your mum some memes or whatever. What’s with intruding in a guy’s bed for a full night? Sleeping together in the most platonic, rotting-couple kinda way… There’s nothing desirable about it to me!

Unless it would be absurdly inconvenient to have to travel home late at night, or you’d actually only had sex with the guy in the hope of a free massage afterwards (I don’t blame you), then freaking well get yourself home, into a hot bath or a clean bed and eat some chicken slices out the packet, or whatever you do when you’re not awkwardly spooning a strange sweaty guy who’s insistent on keeping a fan on all night. Because, for Christ’s sake, why do we need to justify sex with romance? Why do we need to justify a shag with a sleepover? Who the fuck has the time to spend all morning trying to re-adjust last night’s mascara from your cheek back up to your eye to now look like eye-liner? And then spend an hour yawning and coughing loudly in the hope that the dude will finally wake up and unlock the door to let you out!

I get that there’ll always be an exception; the guy who had a guitar in the park and fucked me as soon as the summer sun turned its hopeful head into the moon. I was so desperate not to part with that man that I slept across my handbrake with my head in his lap, trying to accustom myself to his weird snoring while getting eaten alive by mosquitoes rather than just driving home! I’m definitely not saying that staying over should be totally off limits; I’m just saying, don’t feel you ought to! Don’t feel pressured by him, nor by society, into making a fuck actually a lot longer and more painful than just a fuck. And if nothing else persuades you, had I not come home tonight I wouldn’t have gotten an article written nor a corn-on-the cob eaten, in bed with fluffy pajamas and fluffy socks designed for OAPs.