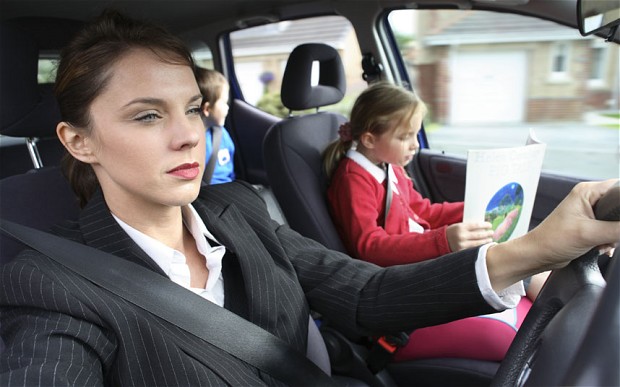 A UK money saving website has completed a new piece of research on UK driving habits.

Shockingly, it found that 37% of parents admitted to having broken the speed limit when having children in their vehicle. It also showed that nearly 50% did not believe their child would be at any risk if they did break the speed limit.

The survey was conducted through Voucher Codes Pro, who are currently researching parenting in Britain. They surveyed some 2,284 Britons, all over the age of 18. Each of the participants also had children under the age of 13. Questions were asked in terms of their parenting style, looking particularly at their driving habits.

Those who answered yes were then asked to indicate why they drove so fast. 34% of respondents stated that they were “always in a rush”. A further 22% claimed that their children would often lead them to being “distracted”, which meant they would speed without realising they were doing so.

It was also found that 21% of participants in the study stated that their children would not always wear a seatbelt when they were inside the vehicle. Additionally, 18% had children who were legally required to use a car seat or booster seat, but did not use these seats when on a journey.

Respondents were not asked what their thoughts were on safety in the vehicle in relation to seatbelts, and whether they felt their children were at any type of additional risk due to this behaviour.

“I have to say that I am appalled at the results of our recent research”, says a spokesperson for VoucherCodesPro.co.uk. “Every single person should drive within the speed limit and wear a seatbelt, whether it is in front of their children or not.”

“To do so in front of your children is awful. It’s important to teach children the important of safety from a young age and not set bad examples for them. Be safe for your own good and your child’s. The most shocking part is the number of parents who admit that their children don’t always wear seatbelts themselves, or that car seats often aren’t used when they should be.”