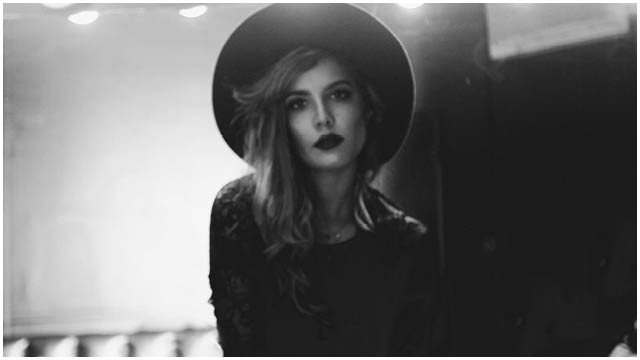 Ashley Frangipane, better known by her stage name Halsey, is a twenty year old singer raised in Washington, New Jersey. After her music became a sensation on YouTube, Halsey’s career took off, and she is now considered one of the hottest artists of the moment.

This fresh new talent hit the scene last year when she signed with Astralwerks and later released her debut EP ‘Room 93’. After touring alongside with such artists as The Kooks and Imagine Dragons, Halsey will be embarking on her very own US headline tour (Badland), which has already sold out. In addition to this, she announced a very exciting and special ‘one night only’ show in London, September time, however due to selling out ridiculously fast, she later added a further date. Halsey is only at the very beginning of her career, which leads us to predict that within the next year or two she will be one of the biggest female artists in the pop world. To date, Halsey has released a few insanely infectious songs to date: “Ghost”, “New Americana,” and “Hurricane.” It is evident to say that this soon to be super star has her music style right on trend, with her songs strongly appealing to music lovers of all genres, bringing a new edge to the pop world.

Her vocal ability allows her to range her performances. She can play a heartfelt acoustic song or she can stun you with an electric pop hit, which ever you experience, you will be unable to deny the star quality that is held within this young women. Halsey is definitely one artist you’ll be seeing a lot of in the coming months – so be sure to catch a glimpse of her live in intimate venues whilst you can.