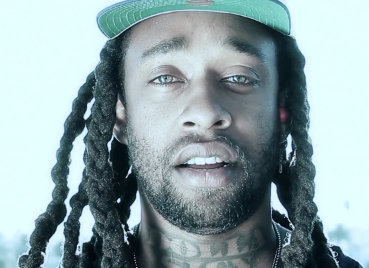 He is a ready-made superstar, but if he can hold onto that realness and nurture his hardcore hip hop roots with his already growing-fanbase, then his biggest success to date could just turn out to be his greatest triumph yet.

Ty Dolla $ign has been steadily pushing out catchy songs for a while now (check his track ‘4 A Young’ – below) but after recently inking a deal with Atlantic, he’s poised to make some noise with the release of a highly anticipated new album. Although he isn’t new to the scene, his name only started getting around last year thanks to his razor sharp rhymes and self-produced beats.

In fact, he was the mastermind behind YG’s hit ‘Toot It & Boot It.’ The rapper-singer-songwriter and producer also had an independent hit with ‘My Cabana,’ which is taken from his critically acclamied mixtape ‘The Beach House’. We strongly believe Ty is an exceptional force to be reckoned with, but we’re just waiting to see how his style will grow as time goes on and if he can cross the pond or instead settle for billboard success.

We should (with a bit of luck) have our answer soon enough with the release of a mixtape expected in the coming months. In the meantime, check out this behind-the-scenes video filmed at The Key Club in Los Angeles with Ty discussing his infulences and more.