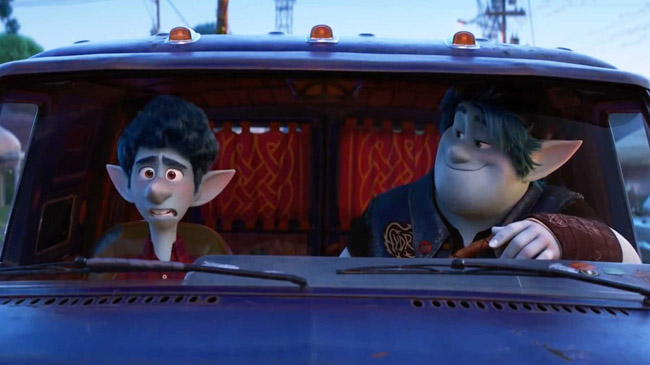 Tom Holland and Chris Pratt make for a killer combo in Pixar’s latest tear-jerking animation that will have you ugly crying.

Pixar’s fascination with death has certainly been a winner for the animation studio after its success of Coco and Inside Out. If it isn’t broken don’t fix it seems to be the order of the day as Tom Holland and Chris Pratt voice the leading brothers in yet another animation that will make you ugly cry in front of your nearest and dearest.

Based in a world full of Elf’s and friendly monsters and bin scavenging Unicorns, where magic is part of their ancient history, but like in our own world, technology has taken over leaving magic just a distant memory.  The story follows Ian (Tom Holland) as he turns 16; Embarking on a new chapter in his life, making lists to overcome his shyness, but what he really wants is to have just one conversation with his dead father.  Ian’s older brother, Barley (Chris Pratt), couldn’t be any more different, deep in a gap year; he spends his day’s obsessing over his beat-up camper van named Guinevere and a role-playing game, Quest of Yore, a game that is set in the deepest of their history.

On Ian’s birthday, the boy’s over-attentive mother (Julia Louis-Dreyfus) hands over a gift from their long-departed father; a wizard’s staff, phoenix gem and a spell that gives them the option to bring him back for a mere 24 hours unfortunately for the brother’s the spell doesn’t quite work forcing them to finally bond and work together on an epic adventure to fulfil the spell to its conclusion for just the smallest of moments with their father.

Pixar consistently outdoes themselves in the gut-wrenchingly, tear-jerking and likability stakes and they have delivered it once again. Layered with a quest of one boy’s journey of his own discovery and how the loss of a loved one, even though his father passed before he was born, truly shapes the person you become. At one point, Ian, deep in emotional turmoil, plays back an old cassette of his Father talking and proceeds to have an imaginary conversation whilst lovingly glancing over his photographs.

Teaming up with writer/director Dan Scanlon just provides such a wonderfully fun and fluffy warm hug of a film, anyone not in the slightest touched to the core by this animation is truly made of stone.