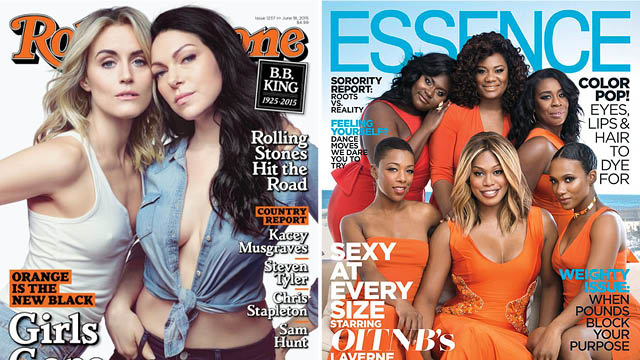 Taylor flaunts her nips while Laura rocks a tied up denim shirt. As we gear up for the season 3 premiere of ‘Orange is the New Black’, the whole cast The whole cast sat for portraits and also talked the magazine about the show’s impact on television. Laverne Cox, who is transgender in real life and on the show, says, “We’ve revolutionised television…The unprecedented diversity that we just saw in pilot season I think would not be possible if it weren’t for us.” The new issue focuses on body image and the magazine talked to the cast about their thoughts on self love, learning to embrace their unique features and more. Danielle Brooks, who plays Taystee, reveals: “Being [my size] in this industry is so rare…but regular people look more like me than runway models. To show beauty in a different way really lights me up inside. That’s so cheesy, but it does.”