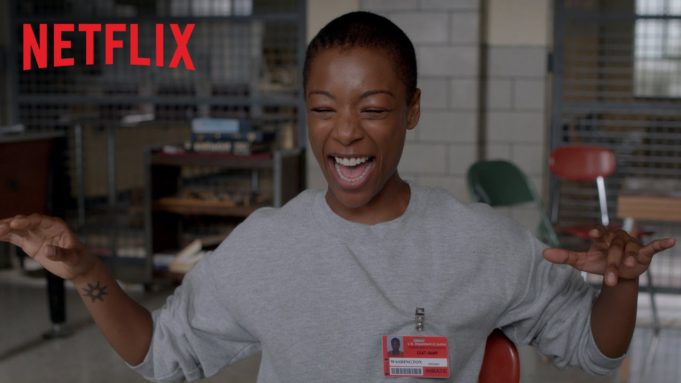 With the release of all 13 episodes of the fourth season of Orange is the New Black in Netflix on June 17, a new trailer welcoming your to the block has been released.

About Orange Is The New Black Season Four

Welcome to Litchfield. Join the movement. Based on the best-selling memoir by Piper Kerman, Orange is the New Black is a thought-provoking, funny and powerful show about life in a women’s prison. Jenji Kohan’s critically acclaimed program touches on timely and relevant social themes that drive daily headlines and remind us why, in its fourth season, Orange is the New Blackremains an important cultural touchstone and continues to be an essential part of the national zeitgeist.  Season one through three of Orange Is The New Black is now streaming on Netflix. Season four launches on Netflix Friday, June 17 and you won’t want to miss it! The fourth season of Orange Is The New Black delves into the racial and economic tensions that run rampant in the halls of Litchfield. Overrun with new inmates and overseen by inexperienced guards, the prison undergoes an unprecedented culture war.