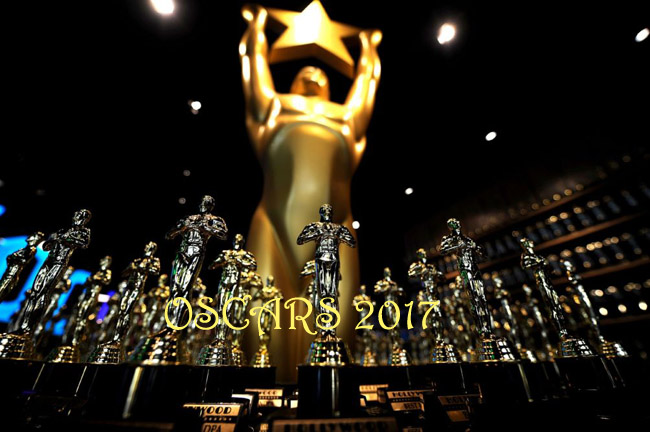 With the BAFTAs behind us, there’s just one more awards ceremony to go – but it’s The Big One.  Those little gold men going by the name of Oscar are handed out on Sunday, the 26th of this month – or, for us Brits, in the early hours of the morning on Monday, 27th.

La La Land continues its domination of this year’s awards with a whopping 14 nominations, joining All About Eve and Titanic in holding the record.  Arrival and indie favourite Moonlight both have eight nods, followed by Hacksaw Ridge, Lion and Manchester By The Sea with six apiece.

But has the La La Land backlash damaged the film’s chances?  Will Moonlight pull off a surprise win, after being ignored at the BAFTAs?  And can anybody beat Casey Affleck to the Best Actor award?  Here’s how we see the night shaping up for the major trophies.

The Academy can choose a maximum of 10 nominees, but this year went for just nine.  Mel Gibson’s Hollywood re-habilitation continued with the inclusion of Hacksaw Ridge, while titles like Arrival, Fences, Hidden Figures and La La Land were all expected to be on the shortlist.  And they were.  Manchester By The Sea, Hell Or High Water, Lion and Moonlight completed a strong, but mainly conventional, line-up. Oscar convention used to dictate that the winner of Best Director also took home the Best Picture statuette.  No more.  It’s honours even so far this decade, with Alejandro Gonzalez Inarritu having something of a monopoly: he won Best Director for both Birdman and The Revenant, both of which won Best Picture.  So it’s all to play for this year.

Last year’s win for Leo DiCaprio was predictable, if only because the general feeling was that it was his turn.  This year’s winner is just as predictable, but because it’s simply a knock-out performance.  Although a certain Mr Gosling might think otherwise. Meryl Streep’s nod this year for Florence Foster Jenkins marked the 20th time she’d been nominated, but she looks unlikely to walk off with the trophy.  So far, and in the inexplicable absence of Amy Adams, there are three serious contenders.  Isabelle Huppert in Elle, who won a Golden Globe in January, but failed to figure in the BAFTA nominations.  Natalie Portman was the early favourite in the title role of Jackie but latterly a head of steam has been gathering for Emma Stone in La La Land.

Aaron Taylor-Johnson may have raised eyebrows with his win in this category at the Golden Globes, but he’s not going to repeat it at the Oscars.  He simply didn’t make the cut, although Nocturnal Animals co-star Michael Shannon did.  It’s Jeff Bridges’ seventh Oscar nod, while the likes of Mahershala Ali, Lucas Hedges and Dev Patel are all being recognised for the first time. The most competitive of the acting categories this year includes two previous Oscar winners (Nicole Kidman and Octavia Spencer) and a first-time nominee (Naomie Harris).  Viola Davis in Fences has been the front-runner for some time, but Michelle Williams could still put in a late run.

In risk-averse Hollywood, it’s a battle to put something original on the screen, so all this year’s nominees have earned the attention they’re receiving for making the cut the hard way.  As a group of films, they’re a mixed bag, with two titles that don’t feature anywhere else – The Lobster and 20th Century Women.

WINNER: MANCHESTER BY THE SEA

Movies based on novels, stories and plays – one hitherto un-produced – all feature in this category, one of the hardest to predict at this year’s Oscars.  All five have been greeted with critical acclaim and any one of them would make a worthy winner.

As a musical, it’s no surprise that La La Land racked up another nomination here, but it’s up against some strong and innovative soundtracks.  The scores for Moonlight and Jackie both make important, atmospheric contributions.

With La La Land nominated twice, it’s not a sure-fire winner in this category.  It could cancel itself out, leaving the award up for grabs.  Which of the remaining three songs it would go to is another matter, as they’re all essentially runner ups.

It’s gonna be a late night!