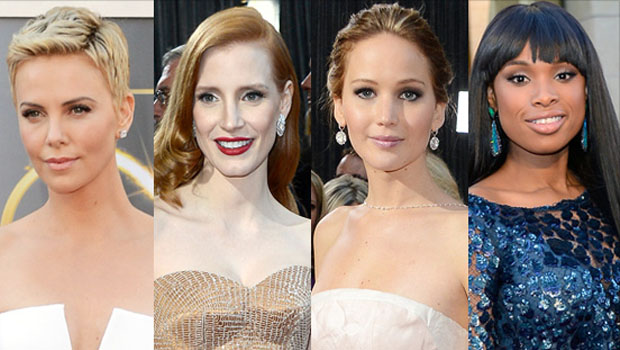 Last week we saw the stars out looking stylish on the red carpet for the Oscars awards ceremony in Hollywood. There has certainly been a lot of award shows this side of the year and I don’t envy the stars having to come out baring their legs and arms in the cold weather! The biggest winner at this years Oscars was Life of Pi which picked up four awards, including best director for Ang Lee. Best actress went to actress of the moment Jennifer Lawrence and Daniel Day Lewis picked up the award for best actor.

Not forgetting about the significance of the Oscars but, what we really want to know is what were the stars wearing on the red carpet this year, were there any fashion faux pas and did any one fall flat on their face?! Well, Jennifer Lawrence did fall over in her striking Dior Couture dress on the way to collect her award and Anne Hathaway’s choice to go bra-less in her Prada satin gown may not have been the best decision in the cold! As for what the stars were wearing take a look at the pictures below. The award for best fairy tale dress goes to both Jennifer Lawrence in this stunning gown by Dior Haute Couture and Amy Adams in this pale blue Oscar De La Renta creation. Who was the queen of metallic and sparkles? Jennifer Hudson shone in this midnight blue Roberto Cavalli thigh-split gown and Nicole Kidman looked great in this black and gold dress by L’Wren Scott. The award for best detailing goes to Jessica Chastain in this Armani Privé gown covered in Swarovski crystals and Amanda Seyfried who sparkled in this embellished grey Alexander McQueen halter-neck gown.