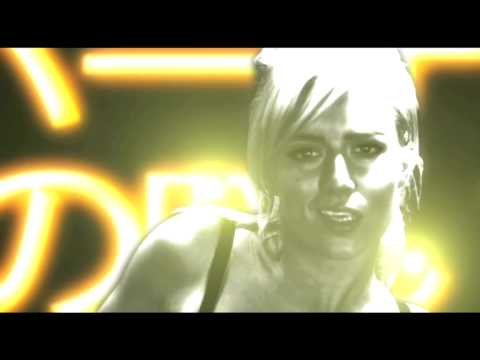 You knew them as one half of Hip Hop/ R’n’B group Big Brovaz. Now, we have got the pleasure of knowing Randy and J-Rock all over again, but this time, as the Dance duo Party Hard. Currently signed to the world famous dance label Champion Records, their latest electro-house ‘Let’s Go’ single (set for release on the 18th October 2010) has already been well-received on Ministry of Sound Radio. Not only that, but their ‘Is That You’ track took a comfy position in the MTV Dance charts at number 1 for four whole weeks. They’re certainly doing something right. Flavour caught up with the pair to talk about their music, future and celebrity crushes.

Do you ever get tired of being asked about being in Big Brovaz’s?
J-Rock: I really never get tired of being asked about Big Brovaz, because that was the most successful group I’ve been a part of so far in my career,  and I went through the whole process with real “FRIENDS”. It really was as fun as it looked and I enjoyed every second of it.
Randy: Big Brovaz is a very important part of our past so I don’t really feel anything but pride when its mentioned. It is sometimes a bit hard to break away from our past and be heard as our new group Party dark, but that’s the challenge and we look forward to it.

On that note, are you and any of the former Big Brovaz girls planning on working together again?

J-Rock: Well, we “plan” to work together in the near future, and even possibly for the new “PARTY DARK” project, but we’re all so busy that I can’t guarantee it. I’d love to though, as I still think my girls are still some of the best vocalists in the country, but as I say, with everyones commitments sometimes it’s hard to get us all in the same place at the same time.
Randy: We record tracks with the girls and have an extensive back catalog which would be a shame to waste so you never know we might decide to do a release. As for right now though there’s so much focus on party dark that finding time is hard. ‘Let’s go’ is very Electro House- orientated, do you play around with any other music genres?
J-Rock: I’m glad you asked that actually, because the answer is definitely YES! As you may or may not know, Randy and I are from musically hip-hop backgrounds, but as you may have noticed from Big Brovaz we often fused different sounds and influences together to create original sounding music. Nothing has changed in that department, so you can expect a world of different sounds and musical fusions in this new project.
Randy: We love dance music and hiphop so we mainly do tracks based in those genres but we have dabbled in rock and alternative music.

How did the mixtape with Choice FM’s DJ HotSteppa come about?
J-Rock: Well, we hooked up with Hotsteppa during our first promotion with Champion Records. We kept the link alive and continued to do interviews and freestyles on his show on Choice Fm… I guess we impressed him with our “on the spot” ability to freestyle so he asked us to feature on his next mix cd, to which we agreed. Champion Records also wanted us to prepare promotional material (non better than a mix tape), so we decided to do a JV (joint venture) with Hotsteppa, to which he readily agreed. I think its HOT LIKE FIRE!
Randy: We went to do Hotsteppa’s Choice Fm radio show and struck up a friendship. We then decided we wanted to do a mixtape and we approached Hotsteppa who said he would love to work with us and the rest is history.

What kind of music did you grow-up listening to?
J-Rock: I grew up listening to all sorts of music including Country and Western, Pop, Reggae, Salsa and Classical!!! I discovered Hip-Hop myself by the age of 8 and knew thats what I wanted to be when I grew up… I still listen to a vast selection of different music, but the hip-hop lifestyle and rap music is still very much at the forefront of my heart.
Randy: I grew up on jamaican music like Beres Hammond, garnet silk and Denis Brown. I was only introduced to hip-hop via a friend in the early 90s and I really fell in love with the music and decided to become a rapper. I still enjoy my Bob Marley, Sizla and all the reggae artists.

A little tweet tells me Randy has a little thing for Angelina Jolie, who else is on your ‘Sexy Celeb list’ ?
Randy: I watched ‘Salt’ and Angelina looked  amazing. I mean ‘wow!’. I still have a thing for Halle Berry, Jessica Alba and all the other usual suspects but for now its all about Angelina. Love you baby.
And what about you J-Rock?
I admit I have a thing for Leona Lewis, Kim Kardashian, and all of The Saturdays!…. But in all honesty, my song “Celebrity Chicks” says it all!

I hear you’re going to be taking part in a TV show on Channel4. What’s the latest on that?
J-Rock: We’re actually not only working with Channel 4, but with Living tv and the BBC as well!! Its far too early to spill the beans on the premise of these programs, all I can say at this time is we’re  doing some powerful documentaries as well as some light-hearted reality tv shows.
Randy: That project is still hush hush until deals have been finalised but I can tell you that it involves some big music stars and it set to be huge!

What keeps you balanced?
J-Rock: Personally, what keeps me grounded is the fact that I have 2 children, and I want then to see me as the “BEST DAD IN THE WORLD”. I dont really care what anyone thinks about me outside of that, and I live my life without trying to pass off any falsehoods. “Keeping it real” has never meant more to anyone, or any other group!
Randy: Sunday diner at moms is what keeps be sane. It’s pure jokes and nobody there will ever let you be anything but fully grounded. If Party Dark threw a party, what kind of music would the DJ play?
J-Rock: We’d probably DJ ourselves and play anything from 80’s soul, to Hardcore House!!.. Our friends and our followers all enjoy different things musically and somehow we’ve been able to give everyone  individually something that they love. If we threw a party we’d have to have a club that held at least 10,000 people!!! It would be the best rave ever!
Randy: The  would need to be very eclectic as we would want all sorts from bashment to dubstep to hiphop to dance. So in short we would just keep you partying all night long baby.

Are there any items you can’t leave your house without before going to a club? And what are they?
J-Rock: Number 1 item I cant leave home without are my house keys!!! I’d hate myself if I couldnt get back in the house after 3 am!!! Usually I have a small bottle of aftershave in my pocket and a fresh packet of chewing gums!! Never know who you’re gonna meet or bump into, so be fresh at all times is the policy…
Randy: Can’t leave home without my visa. These bottles of bubbly aint gonna buy themselves.

Which Party Dark track would you say is your favorite?
J-Rock: Erm,… I love them all to be honest, but if I have to dive on a grenade and choose only one, I’d say “Weekendz” featuring Kele LeRoc! I think it shows growth from everyone featured on the track and in all honesty, if I could record a whole album with the City Boy, Randy and Kele LeRoc, I bet everything I love that it would be a number 1 album!
Randy: I would have to say my favorite Party Dark record apart from the latest single of course is our love song ‘Promises’. This track is slow and moody in parts but picks up to an almost dance tempo in the chorus. This record can be heard on our mixtape. I am very proud of that record and can’t wait to hear what the public make of it.

And finally, what else should we be expecting from Party Dark?
J-Rock: You can expect the best lyrical patterns (New Flows) in urban music, the best subject matter and above all, the best attitude from a group. We’re individually work horses, but when we get together we really go all out to impress EACHOTHER! Our work ethic is unmatched in the music industry, and the results are clearly visible….
Randy: What’s next for party dark is the unexpected. We are going to try to surprise people with both our lyrical content and our direction for the next few singles. Watch this space.