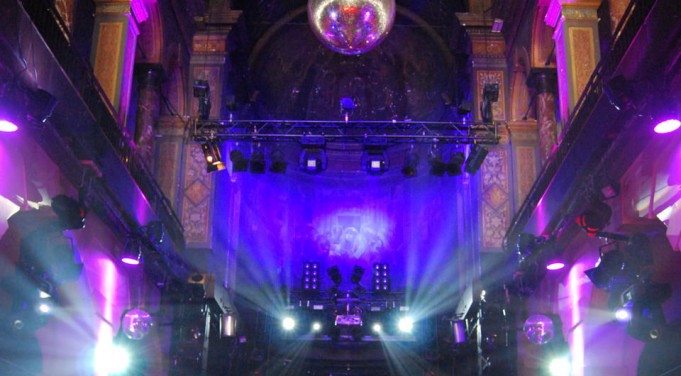 Europe has some of the best party cities in the world and with a host of bars, dance clubs and live music venues providing an eclectic mix of entertainment, there is something for everyone 24-7. Especially now hotels are getting in on the action! There is a growing trend among young people to be drawn to party hotels, especially in cities they are unfamiliar with.

News editor, Sean Griffiths from dance music magazine Mixmag explains “It’s clear people are increasingly drawn to facilities that have it all: relaxation, great food, comfortable lodgings and partying all under one roof. In big city centres that are easy to get lost in, it’s safer for people to party where they are staying.”

So where are the best party destinations in Europe and where should you stay? Here is a list of hotels located in party central, which also have their own clubs to get you in the mood for dancing while keeping you off the streets.

Amsterdam always features in the top 10 party cities of Europe, principally thanks to its relaxed laws on cannabis – although smoking is limited only to licensed coffee shops. Furthermore, the majority of locals do not toke a joint – they prefer to drink beer and party. And that is the real reason Amsterdam rates as one of the best party destinations in the world – not just Europe. The Dutch are very laid-back, speak excellent English and are great hosts and they party until dawn. Hotel Arena near Oosterpark, a short tram journey or €10 in a taxi from Central Station not only offers comfortable guest rooms, but has a weekend nightclub dedicated to house and techno.

Arriving in a city the size of Berlin is very exciting, though it can also be confusing and lead to fears of getting lost. But of course, you are geared up to party. If that is the case, you should stay at the Michelberger Hotel in Kreuzberg, a very cool and bohemian district with a pulsating nightlife in its own right. But there is no need to venture out very far as the hip and cultured Michelberger provides a full schedule of party entertainment for guests and even has a DJ in the lobby. Berlin is an off-the-wall kind of city and the Michelberger add to this culture by playing the Big Lebowski on screens in the hallways 24-7 accompanied by Hawaiian music.

As recently reviewed, this year has seen more party hotels pop up in Ibiza than any other year – but the voters choice goes to Ushuaia Beach. The three-story apartment accommodation is spilt into two complexes – sleeping and partying. Most people are in the second complex. Hardly surprising really given the Ushuaia plays host to the islands top music and multimedia shows in a fantastic poolside setting. Ibiza is THE best party destination in the world and millions of revelers flock for sun, sand and sangria every year. And given the Ushuaia offers an Anything Can Happen Suite…well, need we say more?!

Tallinn is billed as the party capital of northern Europe and with a huge congregation of eclectic bars, clubs and cafes there is something to suit every taste. The Estonian capital has the largest number of party scenes per capita in Europe, mostly centred in or on the fringes of the historical centre. The Tallink City Hotel on A. Laikmaa 5 has a Cellar Nightclub on weekends where DJ’s play the best dance music around the world to fantastic lightshows. If you want to party until the early hours with beautiful locals and fall straight into bed without having to walk home, Tallink has you covered.

Prague is one of the most photogenic cities in Europe and has a vibrant nightlife that rivals its culture. Bars and clubs are also dotted around the city and not all of them are easy to get to. The narrow arteries make it a complicated city to navigate and taxi’s often generally take the “tourist route.” Ideally you want to stay in the centre, which makes the Hotel Melantrich two minutes from the main square a choice location and with an underground club banging out drum ‘n’ bass until six in the morning, there is no reason for you to stray too far afield.

Downtown Reykjavik is the place to party in Iceland, and slap bang in the middle of the nightlife is City Center Hotel, an excellent hotel voted as Trip Advisors Travellers Choice for 2014. The hotel has many things going for it and ticks all the right boxes; centrally located, good service, reasonable price, comfortable and an on-site nightclub that stays open until 4.30am. In Iceland, it’s already daylight by this time! The club is also very popular with locals so if nothing is happening in close proximity to the hotel – which is unlikely – you know you can head back to your hotel for last orders and a final boogie before hitting the sack.

The neo-classic façade of the 5-star Corinthia Hotel in Budapest makes it one of the most impressive hotels in a city brimming with impressive architecture. And for all its elegance, it is not as expensive as other hotels in the city with the same ranking. The interior though has been given a modern makeover and boasts a great pool and spa area for guests to relax- and after a night of partying, you will be yearning the peace and quiet. Budapest has a great nightlife for all ages and drinks are not expensive like many other party capitals throughout Europe. Also, the Corinthia is centrally located thus provides easy access to the city centre’s top clubs. Although the hotel does not have an on-site nightclub, there is an intimate club that plays live band music across the road and is free to enter for hotel guests.

With party hotels on the rise, tell us about the best hotspots to sleep and have fun all under one roof in your city.

5 Travel Tips You Need To Know Before Visiting Greece