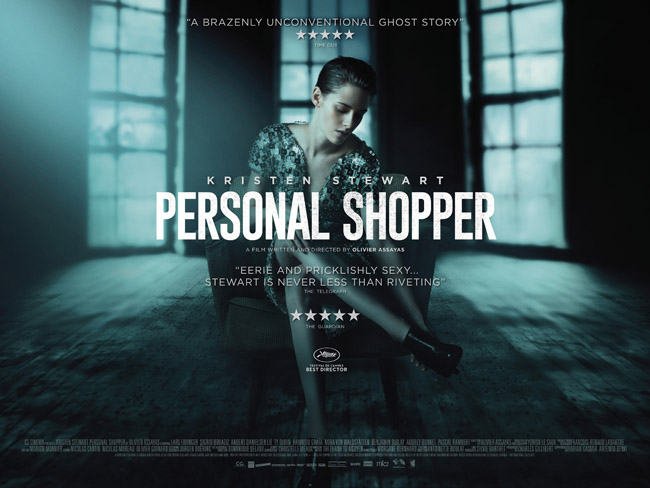 After receiving its World Premiere as part of the Official Selection at the 2016 Cannes Film Festival, which met with rave reviews, Personal Shopper’s writer and director Olivier Assayas (Clouds Of Sils Maria) won the festival’s Best Director award.

PERSONAL SHOPPER is an ethereal and mysterious ghost story. Kristen Stewart stars as Maureen, a young American living in Paris and working as a high-fashion personal shopper to the stars. She is also a spiritual medium, and grieving the recent death of her twin brother, she haunts his Parisian home, determined to make contact with him.

Personal Shopper is released in UK cinemas on March 17.