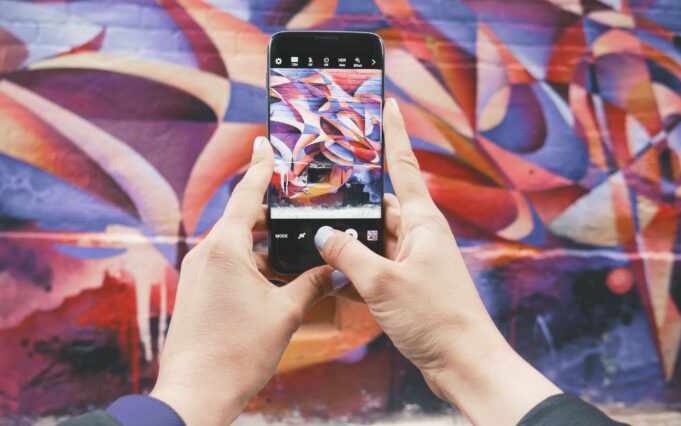 Phone cameras have come a long way since they first launched in 1999, as has camera quality in general. High-quality dual-lens cameras have since been introduced, as well as facial recognition software and specialist portrait modes.

These developments have contributed to more people relying on their phones to take snaps, with a recent analysis showing that camera sales decreased by 108 million between 2010 and 2016.

With 1 in 5 people in the UK believing camera quality is the most important aspect of a phone, it shouldn’t be a surprise that tech giants are constantly working on this element of their products. It does beg the question – what’s next for smartphone cameras?

Zoom is one thing that lets smartphone cameras down. It often causes the subject to become blurred, reducing quality and adding grain. This should become a point of focus for companies such as Apple and Samsung, as optical zoom is one of the benefits of using a professional camera.

Currently, you should capture the image from further afield, then crop it during the editing process rather than zooming into the subject. This will offer your desired effect without reducing image quality until the zoom feature is enhanced.

Construction firm Caterpillar launched the ultra-rugged Cat S60 smartphone in 2016, the world’s first to feature thermal imaging. Whether you’re an engineer, emergency worker or simply doing some DIY, this feature can be incredibly helpful for both work and home life. While the Cat S60 is aimed at construction workers, this niche feature may start making its way into more mainstream phones.

The launch of Pokémon Go and animated filters both proved to be a massive hit, largely because of how interactive they are. Augmented reality blends the real world with animations and graphics, something that is being introduced as a standard capability of many smartphones. There’s no doubt we’ll be seeing more of this in the future thanks to ever-growing demand. While this isn’t photography, it relies on both technology improvements and camera quality to make it as realistic as possible.

One thing continuously being improved is the camera lens. Digital cameras are seemingly increasingly archaic, with many relying on their smartphone to take their snaps. This doesn’t mean camera quality doesn’t matter, rather that people prefer the convenience of their smartphones. Lens quality is constantly being worked on, with most tech giants launching a phone with wide dual lenses and selfie cameras.

Whether you’re a casual snapper or a professional, getting high-quality images from your smartphone is getting increasingly easier. Although phones weren’t created to take photographs, there’s no doubt that as technology improves, so too will camera quality.