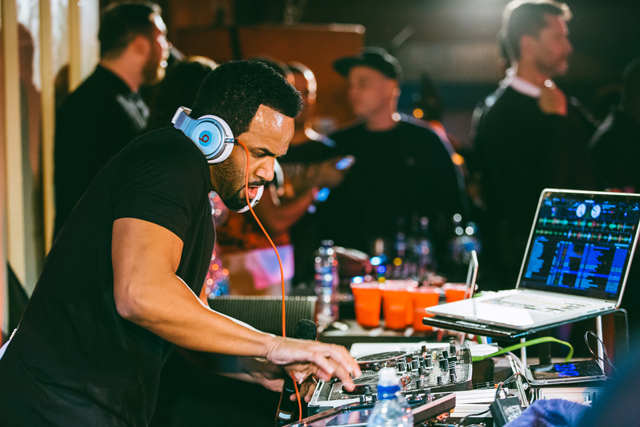 The packed out event saw guests enjoy Belaire champagne as they partied the night away to Craig David’s TS5 set at this exclusive Beats By Dre gig at London’s prestigious music venue The 100 Club. In true Craig David style, the gig was a throwback to the garage scene which he was such an instrumental part of. On a night that saw many music parties, Beats By Dre. provided guests and fans with this ultimate exclusive gig that focused on true talent and great music.

Craig David played a special DJ and performance set and was accompanied on stage by Big Narstie. Playing some of his classics like Bo Selecta/Rewind and fill me in, the crowd went bonkers as Craig David brought us down memory lane with his nostalgic DJ set and musical performance.

Next up came Kano who also smashed it on stage, especially when he performed his club classic P’s & Q’s and then his collaboration with Giggs brought the house down as Giggs then took centre stage and performed tracks like ‘Man don’t care about that’, ‘Look what the cat dragged in’, and of course his super smash hit ‘Talkin da hardest’.

Flavourmag was there enjoying every minute of the event, and saw the likes of Jamal Edwards, Xo Man, Charlie Palmer Rothwell and others in the crowd having fun and enjoying the experience.

Big shout out to Sophie Lawrence and Belaire for the invites. We look forward to the next one. Enjoy the pics and instagram posts until then.