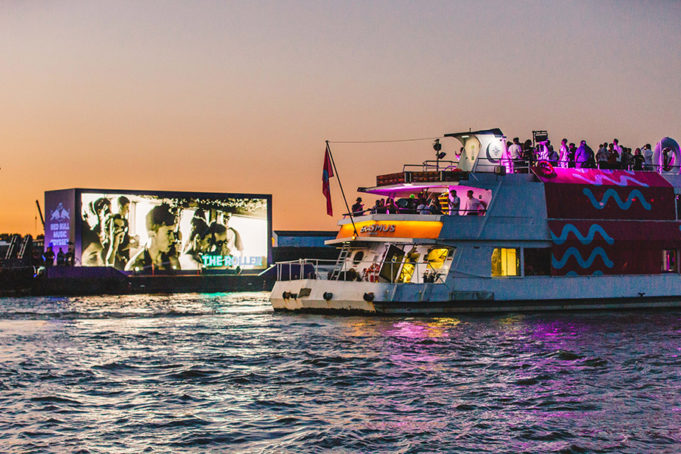 On Saturday night 50 artists including AJ Tracey, Denis Sulta and Steel Banglez took to the Thames for a celebratory exploration of British music, culture, and beyond.

Red Bull Music Odyssey, saw six boats captained by the most progressive artists, and an audience of over 2,000, explore everything from House and Techno through Jazz and Broken Beats to UK Rap, whilst sailing past London’s most iconic landmarks.

Turning up the heat, each boat’s line-up feature some of the finest artists within the scene, including those that both shaped the present and are forging the future of the sound. On board, crowds watched on as their captains and line-up took to the helm to celebrate their respective scene. The Forever Dancer, captained by Glasgow’s Denis Sulta, brought the heat to the dance floor with the infectious sounds of House and Disco. Pioneer Larry Heard took audiences back to where the sound began with the crowd chanting his name as he stepped down from the decks, with HAAi bringing the crowd through the sound of 2018 with her percussive style.

AJ Tracey hopped straight off a plane and onto a speedboat as he sped across the Thames to greet crowds and perform his set on board. Captain Steel Banglez quite literally brought down the roof as he blasted one of the biggest UK rap tunes from the past year, Bad.

Hailing from the heart of Brooklyn, Dancehall king Kranium lived up to the boat’s name ‘The Wine Up’ by wining girls and showing them how it’s done over the pond. Bringing the house down and the crowd to her feet, scenes on board saw Julie Adenuga being held aloft by members of Heartless Crew.

After docking at North Greenwich, the journey continued with the Red Bull Music Odyssey Afterparty which saw each scene come together, under one roof, for a series of unique collaborations. The incredible line-up featured headliners from each scene and never seen before B2B sets including Denis Sulta b2b Jamie 3:26, Goldie b2b Henry Wu, Randall b2b Heartless Crew and Jubilee b2b Swing Ting ft. Fox.