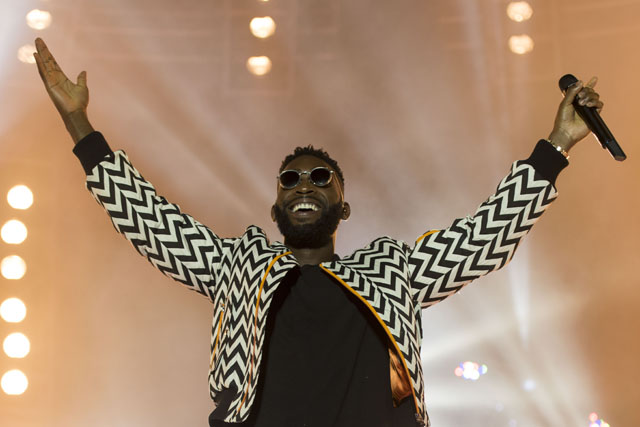 Yesterday saw Day One of MTV Crashes Plymouth, with Tinie Tempah, Little Mix, Kodaline and Foxes all taking to the stage by the sea to perform to a 35,000 strong crowd! Kicking off proceedings, Little Mix burst on to the stage with Jesy, Perrie, Leigh-Anne and Jade delivering a set jam-packed with all their biggest hits including ‘Salute’, ‘DNA’, ‘Wings’ and their No.1 smash hit, ‘Black Magic’. The crowd went crazy as the foursome tore up the stage with their stomping high-energy dance routines, flawless vocals and stunning harmonies.

Irish rockers Kodaline were next up, with singer Steve Carrigan looking out over a sea of hands in the crowd as they performed their beautiful hit, ‘High Hopes’.

The gorgeous Foxes followed with the sell-out crowd singing along to her massive hit Clarity.

As the sun set, the inimitable Tinie Tempah hit the stage in a typically stylish fashion wearing a monochrome jacket and shorts ensemble and playing a storming set which included his huge hit anthems ‘Pass Out’, ‘Written In The Stars’, ‘Miami 2 Ibiza’ and his brand new single, ‘Not Letting Go’.