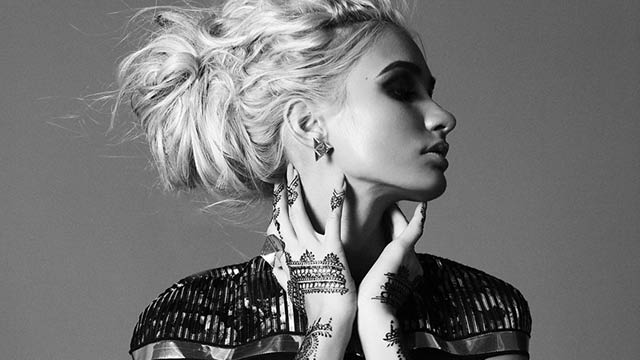 Pia Mia is an 18 year old singer-songwriter who is already putting her stamp on the music business! Pia Mia is signed to Interscope Records who she has already dropped a 6 piece EP under. The EP was titled “The Gift” and it dropped back in February 2014. Since then the 18 year old released her debut official single “F**k With You” which gained huge success from critics and fans. FWU features G-Eazy and was produced by popular producer Nic Nac. Nic Nac was behind one of the biggest tracks of 2014, Chris Brown’s “Loyal”. FWU even has an element of Loyal in the beat which is automatically recognisable. Not bad for a first single aye?

If working with Nic Nac on your first official single wasn’t impressive enough, Pia Mia is now back with her second single which has a couple of familiar faces on the line up. “Do It Again” sees Pia team up with two of the hottest acts in Hop Hip/RnB right now, Chris Brown and Tyga. After the success of their joint album “Fan Of Fan” earlier this year, no two people are hotter than these two right now! I guess it really does pave well to have Miss Kylie Jenner as a best friend, dont you think? DIA is produced by Nic Nac and has SUMMER SMASH stamped all over it! The beat is smooth but up-tempo enough to get you groove on, not to mention the perfect vocals coming from Pia Mia.

The singer is now working on her debut album and here’s what she had to say about. “It’s gonna be rhythmic pop, I really like to do that because I’m able to lean more towards the urban side, I’m able to do more pop, and I’m able to do ballads also, so I’m kinda able to touch everywhere.” We cant wait for that to drop, can you?

Don’t forget to check out Pia’s cover of classic garage track “Fill Me In” featuring none other than our very own Krept and Konan! It’s a banger of a cover and we still have it on reply here at Flavourmag!

So what do you guys think of Pia Mia? Hit or miss? Let us know your thoughts and make sure you follow @Flavourmag and @PrincessPiaMia on Twitter for updates.