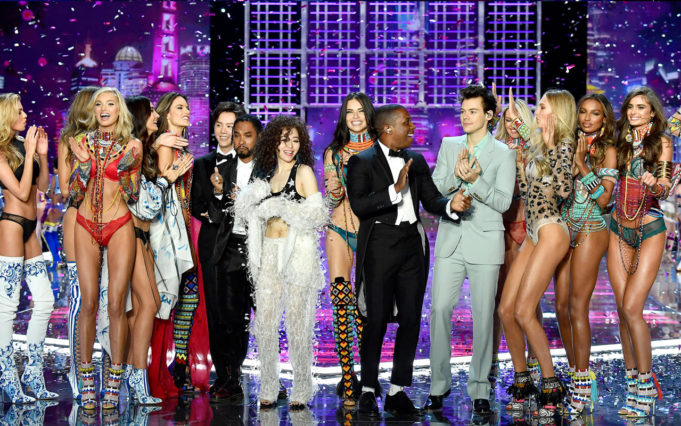 We can finally reveal the photos from the musical artists that performed live at the Victoria’s Secret 2017 Fashion Show in Shanghai.

Merging fashion, fantasy and entertainment, the lingerie runway show will include pink carpet interviews, model profiles, a behind-the-scenes look at the making of the show and musical performances from Harry Styles, Miguel, Jane Zhang, Leslie Odom Jr. and Yundi Li and is airing now on CBS

If you want to see more? Take a look at our 60 Best runway photos from the Victoria’s Secret Fashion 2017