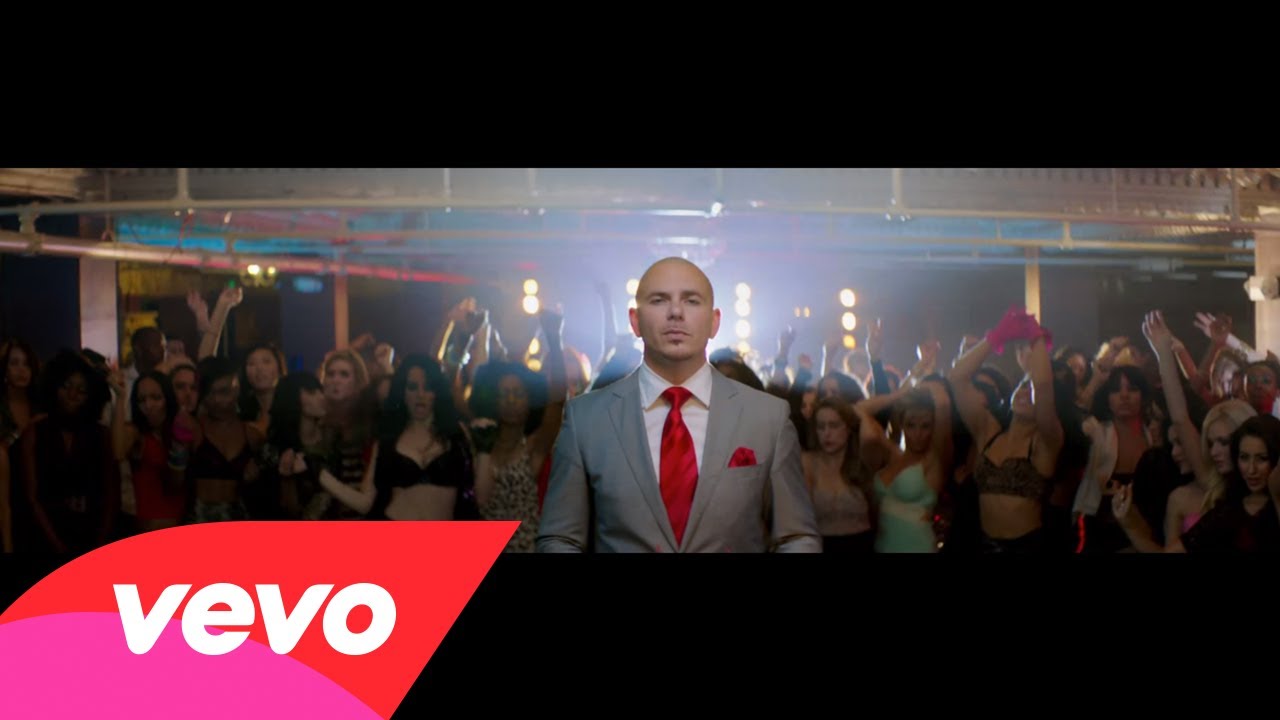 With a charmingly suave yet nonchalant air about his nature – Cuban American rapper Armando Christian Pérez better known as Pitbull is one of the biggest Cuban rappers in the US. With a notable 5 successful albums and mix tapes under his belt, his ultimate goal is to take his distinctive sound worldwide and beyond with his constant drive work ethic and commendable tenacity accompanied by his inspiring creativeness. His new album titled Planet Pit – an empire in progress if you will, simply says it all.

Born in 1981 to Cuban parents, who immigrated to the US and often encouraged young Armando to recite the works of poet Jose Marti. Later on in life Pitbull found inspiration in singers Celia Cruz and Willy Chirino and particularly within the genre of Miami Bass hip-hop music. He began rapping during his High School years at Miami Coral Park, inspired by distinguished rappers such as Nas, Notorious BIG, and Big Pun – and on graduating from High School decided to focus entirely on his rapping career. Pitbull largely shot to fame after his debut M.I.A.M.I in 2004 and when his single Oye featured on the soundtrack of movie ‘2 Fast 2 Furious.’

The meaning behind his inimitable alias name is a pondering question for some – but almost so simple to understand – A pit-bull is literally everything he is. The strength applied when a pit-bull bites displays that it intends to bite – to lock. It is too powerful and cunning to lose. Along the journey to stardom – Pitbull has often explained in the past that it has been a constant fight, and now he’s made it there’s absolutely no letting go.

Pitbull is best remembered for his 2009 hit single I Know You Want Me [Calle Ocho] from album Rebelution with his seductively stylish video of gorgeous women, and catchy Macarena-reminiscent intro and 1 to 4 Spanish count up. He has also collaborated with 2008’s X Factor winner Alexandra Burke on All Night Long. In his most recent collaboration he has worked with Florida Tallahassee born rapper T-Pain on a track called Hey Baby. In 2010 alone Pitbull has worked with artists such as Usher, Cypress Hill, Enrique Iglesias, and Naughty by Nature.

We caught up with him recently to talk about his plans for the year ahead, and his new album, which is out now.

What can fans expect from your new album Planet Pit?
A record that can have a global impact. The first single, which is Hey Baby featuring T-Pain, reached number 2 on iTunes and steadily climbed the charts here in the United States and also around the world. We have a lot of major features on this album, but at the same time I called it Planet Pit because we are creating our own planet within the music industry, we are making music that can touch all cultures and all countries. What fans can expect from this is a global phenomenon! [Laughs]

Do you plan on breaking into the film industry as an actor?
We have a lot of opportunities in Hollywood, and things are brewing, but the thing is – I want to make sure that I get the music exactly where I want it. I have a goal. – 2010 was the invasion and 2011 is the empire, once we put the empire in place, me and the other artists, writers, and producers… then we will worry about Hollywood! But we are definitely well connected in Hollywood, and you will see us in a movie or shooting our own movies.

What’s your weakness?
My weakness is… it’s almost like a double edge sword you know? It’s a ying and a yang, because my weakness would be my biggest asset at the same time, which is –a good heart. I’ve got a good heart man; I’m a good person – very loyal. And sometimes it gets me into a lot of trouble!

What do you like to do in your spare time?
In my spare time I love to be around the ocean… a couple of beautiful women…That’s always a good off-time thing to do! [Laughs]

Speaking of women are you currently single or taken?
I’m single bilingual and ready to mingle! [Laughs]

How many languages do you speak?
I can speak – fluently English and Spanish, and growing up in Miami, you pick up a little bit of Creole, Patois… Little bit of everything. But speaking Spanish, it’s almost like you have to speak a lot of different dialects because Dominicans, Puerto Ricans, Mexicans, Cubans all speak different ways…

I speak two fluently and the others I just know how to communicate.

Tell us something you dislike?
I’m not a big fan of the music business, I love making music and being creative but as far as the business side of things go… I dislike the fact that you always gotta, you know – my momma called it CYA, which is cover your ass!

In terms of my management, we’re a team, but I pretty much manage myself. I have a management team we sit down and put together ideas – we execute and always have the final say in anything that we do. I like the fact that there is no yes man in the team, there is always constructive criticism and there’s always creative input. Like a family you’re always going to have your fights here and there – if everything is right there’s something definitely wrong! [Laughs]

What’s the best advice you’ve ever been given?
Well before I got into the music business and was out there hustling, to get into the music business, a good friend of mine who passed away, actually my best friend – he told me ‘Never be a wasted talent.’ Then my teacher who got me my first break in the music industry her name is Hope Martinez, she told me that ‘The biggest risk you take is not taking one.’ So I kinda live by those two rules.

Name 3 things you cannot live without?
My kids for sure, family and friends the few that I do have [Laughs]

And the last one would be women! Can’t live without women [Woo woo! – Laughs]

Are there any signs of your children following in your footsteps or is it too early to tell?
I think they will definitely be involved in entertainment in one way or another, they are very musically inclined, and have great charisma and characters, it all depends on what they put their minds to. But as far as me being their father, I will support them 150% in whatever they decide to do in life.

Our next issue is titled ‘Swagger Like us’ Who do you think has the best swag?
Swag, swag? It’s something that…We don’t really use that word down here like that. It’s actually a word that got, I would say – invented, by the University of Miami football players, people say that they had a swagger like nobody else. So I think that the people who had the most swag would be the old school UM football players, in the late 80’s those are the ones that had all the swag and the ones that invented swag.

For more information on Pitbull check out www.pitbullmusic.com or www.planetpit.com

‘Give me Everything,’ featuring Ne-Yo, Afrojack and Nayer is out soon