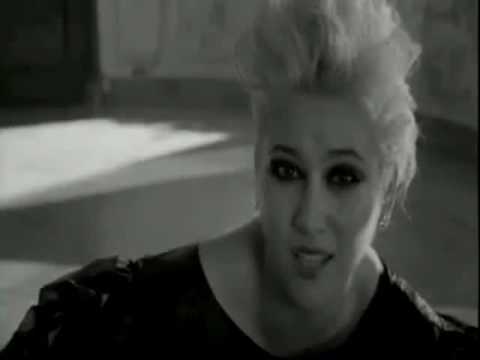 At just 18 years old, Pixie Lott has established herself as a credible recording artist with a bright future ahead of her. With two UK number #1 singles under her belt, Pixie is blazing the latest trail of Britain’s young and talented. With her unique mix of retro pop and rnb, it appears that Pixie has stumbled across a winning formula for a successful career in pop.

As you would expect from any girl in their late teens, Pixie is enjoying the rollercoaster ride that is now her life as a fully fledged pop star. As she strides into the meeting room at her record company Universal it is clear that there is nothing “pixie” about her size. Standing at 5’8 in flats, Pixie is not the pint sized princess I had expected. Nor is she diva like in any form. Tucking into a light lunch of fruit salad and yoghurt, we converse casually about London’s hotspots, the Miss Flavour pageant and her excitement about attending the cosmopolitan awards.

Bubbly, confident and full of life, Pixie leafs through the latest edition of Flavour Magazine, squealing when she sees her friend Chipmunk spread across the pages. She expresses concern regarding his recent announcement of exhaustion, and then we begin…

How does it feel to be Pixie Lott right now and how has your recent rise to stardom affected your life?
It’s quite crazy. I think the thing that’s changed the most is the schedule. I’m just so busy. So many people to talk too and so little time. Plus there’s lots of travelling. I don’t get to see my friends as often as I’d like to but obviously I can’t complain – I’m having lots of fun.

You have achieved a huge amount of success in such a short space of time. Do you feel the pressure to perform a hat-trick and bag a third consecutive number one?
I don’t really get too fazed by anything. I’ve wanted to do this for as long as I can remember – I’ve never wanted to do anything else so I expected that I’d be in this career. I’m not really interested in the chart position for the next single. I mean, I hope it does really well because it’s one of my favourite tracks on the album. But I’d prefer for people to get the album than the single. It took me so long to work my way up, find a manager and get signed, plus it took 4 years to make the album so I’d prefer for people to go buy the album.

Brit pop has seen a recent resurgence with lots of young fresh talent emerging. Do you get tired of the comparisons between you and similar acts and how do you feel you stand out?
I’ve already been compared to every established artist there is. [The truth is] there are loads of new female acts out but I think we are all very different. My style is pop and contemporary but then some songs are a bit retro or have an rnb influence whereas La Roux is more electro and Little Boots uses more synth (type) sounds. Plus we are all different as performers.

What do you think of reality talent competitions such as ‘Britain’s got Talent’ and ‘X Factor’ and is it something you would have considered?
It’s just a different way of doing it isn’t it? I think it’s really good that they can automatically get so many millions of fans. It’s not something I’ve ever had to consider as I’ve always had something in the pipelines or something to work towards. I guess I’ve just always wanted to try and do it my own way.

It is reported that you have never had a proper boyfriend! If you could go out on a date with any celebrity of your choice who would it be?
I like Ashton Kutcher… I know he’s married but a girl can dream. I like [guys with] big messy hair. I like smart dressed guys too. I’m not really into the ‘gangsta’ vibe but as long they have a good personality I’m not too fussy.

You were quoted as recently as saying that to write your own songs makes you a “real” artist. Having written the majority of the records on your album do you feel that it puts you above other artists in your field?
It’s important for an artist to put their own stamp on their material. Writing your own songs will do that. If I heard a song that really appealed to me and that I could relate to and sing it from a real place then I would still record it! Not everyone can write songs but they should try it. It’s fun!

As our interview draws to a close I delve into Pixies future projects outside of music. Speaking of her mammoth endorsement deal with Nokia as the face of their new Illuvial range Pixie smiles at my pronunciation ‘I always get it wrong when I say it’ before telling me how the deal came about; ‘It was cool because their phone suits me. I can store all my music on it, it looks cool and also I’d just broken my BlackBerry at the time so it was really convenient.’

When speaking about future acting projects Pixie remains tight lipped – quoting the favourite celeb line ‘you’ll have to wait and see’. Having made it to the final audition stage of ITV musical ‘Britannia High’ it is clear that acting is definitely in Pixie’s sights. Although she won’t divulge much, she does let slip that she has been in meetings and that acting is something she would definitely like to sink her teeth in to. ‘Yeah. I love acting and dancing but music is my passion. I wouldn’t be able to live without that.’

Pixie Lott, Cry Me Out is out November 23