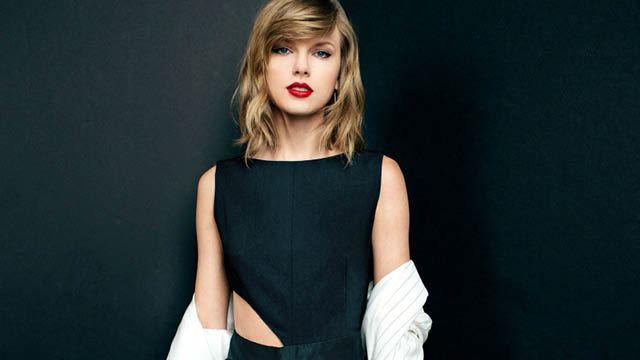 The global debate about what colour the dress is has taught us that anyone can with a connection to the internet technically has the possibility of making their voice heard.

Of course, already being famous makes it a lot easier, but the rise of social media has levelled the playing field. In addition to social media, it seems nearly anyone can increase their presence on the World Wide Web with blogging as well, especially when companies make it much easier with these kinds of packages for web hosting.

With that in mind, it’s time to take a look at which celebs do the best job of reaching a global audience.

Swift’s approach to social media stands out as she truly engages with her fans. In the past year alone she made a break-up list for a broken-hearted fan on Tumblr, sent out personalised Christmas gift boxes to fans after having figuring out what they liked on social media, and hosted several ‘1989’ listening parties specifically for people she found online. There is even an Instagram account dedicated to Ms. Swift’s fan interactions called instagram.com/taylornoticed. The account, which tracks Ms. Swift’s likes and comments, has over 50,000 followers.

Kim Kardashian West joined Instagram in early 2012. Since then she has posted more than 3,180 images and counting. That’s a little more than two images a day on average. She knows that if you give a lot on social media, you will receive a lot. If anybody knows anything about the dark arts of social media, it must be her. With over 50 million followers on Instagram, Ms. Kardashian West has seemingly built her career and empire on social media. Her appeal online boils down to one major thing, which social media experts say is basically just showing up.

More than half of all Americans online use two or more social media sites, according to research by the independent Pew Research Center. Yet, many companies replicate the same message across all channels discouraging customers to cross-follow.

Instead, companies should consider following the example of Rihanna, the singer, fashion plate and social-media expert. Follow her on Instagram and you get sleek glamour shots. There’s Rihanna starring in an ad campaign for the luxury designer Christian Dior and photos of her celebrating Carnival in Barbados in a jewelled bikini and feathers. It’s always professional and glamorous.

On Snapchat however, Rihanna shows a completely different face. You could call it the ‘Regular Rihanna’. Videos of her shopping for Apple Jacks and Cheetos, trying to kill a bug in a hotel room, or adopting a puppy, it seems Rihanna knows how to show a silly and stylish side to herself.