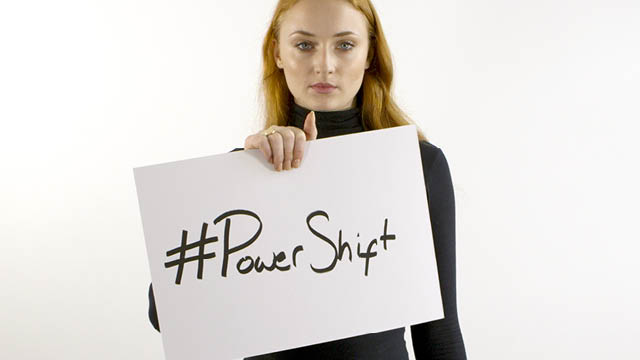 HuffPost UK will be launching a brand new episode of their Original series #PowerShift, hosted by Game Of Thrones and X-Men star, Sophie Turner.

Episode 4 focuses on Social Media Superstars, featuring The Mandeville Sisters and looks into how and why regular people like these sisters and the likes of PewDiePie soar to social media fame.

During the clip below, Sophie Turner looks at celebrity profiles on social media and their influence on their followers, Taylor Swift is a perfect example of a celebrity who has used her power on social media to stand up against Apple’s iTunes to give artists a better deal on their music.

#PowerShift examines the power of social media and the revolutionary ways in which today’s youth are embracing it to create positive change.

During the ten-part series, Sophie Turner explores how social media is more than a platform for the self-obsessed, uncovering the ways that social media has changed the way we view both our bodies and the world we live in,

Social media has become so much more than just a platform for self promotion. It has become a tool for change, empowering millennials across the globe to engage their communities and make an impact, which is why I’m thrilled to host HuffPost UK’s brand new Original series, #PowerShift, delving into the many ways in which social media has made a difference.

In this episode we get up close an personal with The Mandeville Sisters. These two young ladies have created a huge following from their bedroom on their youtube channel. The Mandeville sisters is basically every young persons dream.

Through a series of interviews, Sophie delves into a variety of political cultural and social movements propelled into the limelight through social media. From the Junior Doctor Strikes and #BlackLivesMatter campaign, to The Arab Spring revolution, ALS Ice Bucket Challenge, and even Ronda Rousey’s #DoNothingBitch campaign, social media has enabled these movements to take the world by storm.

A new episode from this 10 part series will be available on HuffPost UK every Wednesday from the 13th July.