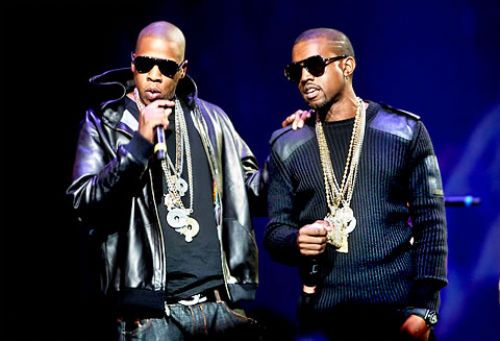 During Barack Obama’s presidental election in 2008, he received support from the hip hop community, including Jay Z who he has now been linked with for a long time.Jay Z’s wife Beyonce recently also wrote a letter to Michelle Obama the First Lady, about how she was an inspirational woman and someone her daughter Blue Ivy Carter could look up to. Before a fundraiser, theatlantic.com had the chance to ask Obama who his favourite rapper was from Watch The Throne, Jay Z or Kanye?

“Jay-Z,” replied the President, before adding, “Although I like Kanye. He’s a Chicago guy. Smart. He’s very talented.”

“Even though you called him a jackass?” asked the interviewer, citing a 2009 incident in which the President was caught on camera having some harsh words for Kanye after he took the spotlight from Taylor Swift at the MTV Video Music Awards.

“He is a jackass,” retorted Obama, who added with a wink, “But he’s talented.”

What do you think? Who is your favourite rapper Jay or Kanye?