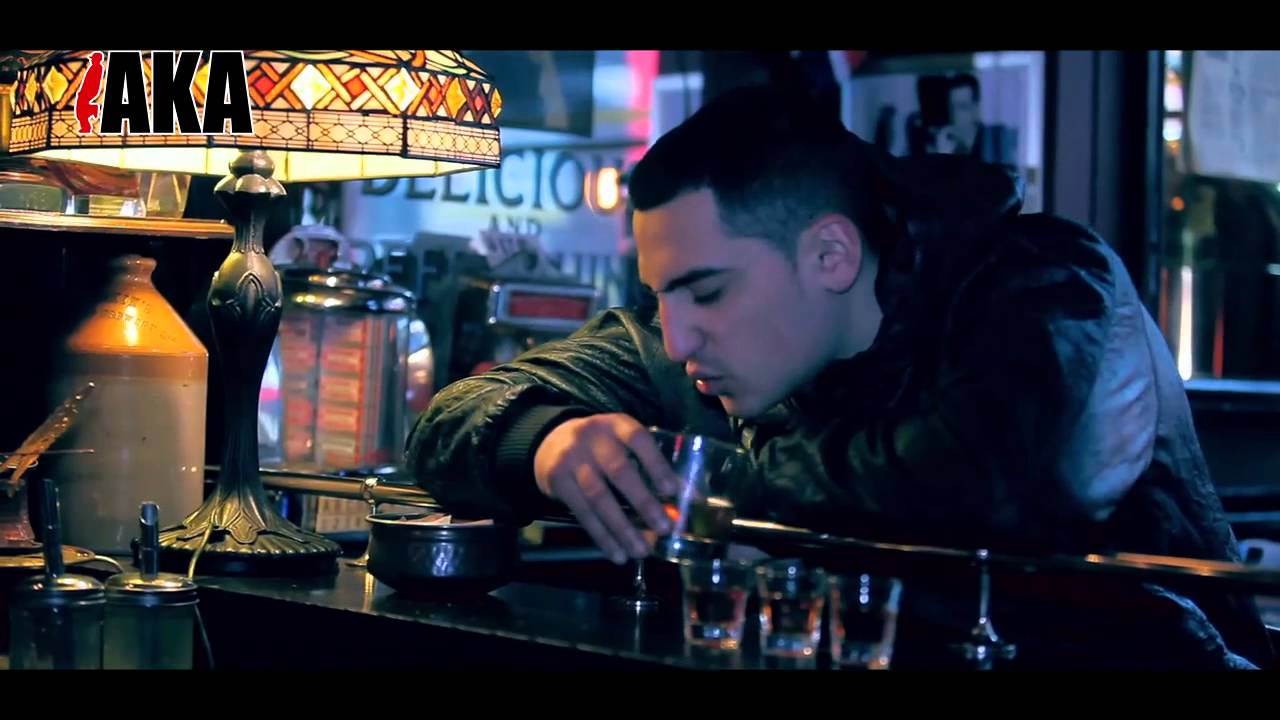 Preston Play is the producer behind Mic Righteous’ latest release Kam-Pain. Having been brought up in Cape Town, he was introduced from a young age to music from his parents who were singers and owned a music bar there, and in the townships where he would join in playing homemade instruments. After the success of Kam-Pain and recently opening up for Talib Kweli on the UK leg of his tour, Preston Play releases an instrumentalist mixtape, singing all the hooks and harmonies himself, ready for any artist to record on it. How did being raised in Cape Town play a part in your journey in music?
I lived on the outskirts of the Cape Town flats and near a township called Khayelitsha… Half the kids from my school lived there so obviously that was where I played and ran riot as a younger. Music is a big part of people lives in the townships, they don’t have much, but they do have each other and music. It’s not rare to find groups of people banging water drums and homemade instruments and I used to watch and dance along with my mates. Then obviously as a kid you start to want to get involved so I started banging drums and singing with everyone. It was a fun time and I learned a lot. My parents also owned a large Music Bar and I grew up in the “Bar Life” surrounded by singers and bands. It was cool as a kid. I used to love it.

Your parents were singers. Would you say this had a big impact on you?
Yeah well my dad is a great singer, he won’t admit it now though but he used to sing Roy Orbison songs at the bar nightly and was amazing. He sung all the oldies, Roy, Elvis, and Eric Clapton. My mum used to sing anything. She was really talented. I remember even at home, she would always be in the music room with headphones on playing records and singing and making mixtapes. Music was a big part of my family’s life growing up.

Did you always know you would become an artist?
You know its funny, from back then, at the age of 11, when my parents got me my first keyboard, I knew I wanted to “do music”. I have held over 20 different jobs, all in different sectors, including training and becoming a qualified chef. I always felt miserable though and hated every minute of them. Music is all I’ve ever wanted to do.

You also moved to Spain for 2 years. Musically what was the biggest thing you picked up from being there?
Spain is my second home; I have a real strong bond with Spain and feel at peace over there. I have a flat there and try to get over there as much as possible. Whilst I was there, when I was younger I worked in a Flamenco bar. I learned about melody, rhythm and the importance of music as a healing tool. The Spanish see music differently from us; to them it is a very community based activity. Everyone comes together you know?

Do you incorporate Spanish and African musical influences into your production now?
African, definitely…. My thing is percussion. I spend hours getting my drums and percussion right, sometimes before I’ve even written a line I will get that right and then play my melodies over the drums half the time, as was the case on most of ‘Kampain’. Spanish music is a strong influence on my melodies too. As I said, I learned a hell of a lot! Why did you decide to MC on pirate radio for a year? Was MCing something you had always done?
Yeah I kind of just got into writing lyrics and MC’ing on the garage scene for a while…I still bar occasionally but only very rarely. But my music is my thing now…

Why did you start to take production seriously after being on the pirate radio circuit for a year?
I used to get bored of MC’ing over beats everybody had hit, so I decided to make my own. I sold my car and everything of value that I owned and hustled the rest to raise enough to buy a mac, a Yamaha Motif synth and an MPC. I didn’t even have speakers I done it all through headphones. It took me about 5 months more to get money for monitors! Eventually, with enough practice and WEEKS spend learning on YouTube and from other producers, I started to get good. I remember going into studios with a pen and pad and writing down everything I was shown and told. It was peak, but I done it the right way. I learned to do things properly, and all my own.

Do you believe that to make it in music you have to sacrifice everything?
For me, yes 100%. I sacrificed everything, I still do, daily. I think if you want something bad enough, you will always do what you have to do and par everything else to get that thing. If you don’t, you can’t want it that bad. I have sacrificed everything for my music. You have no idea…. Hopefully now I will start to get the recognition I feel I deserve. In the last year I have not only secured a great working relationship, and gained a good friend in Mic Righteous, but through putting in the years of work, I’ve been able to open for The Game, Talib Kweli and Lowkey with Mic as his our DJ/Producer. I feel that’s a good achievement in itself for me, last year no one knew who I was hardly.

How do you decide what artists to work with?
You know what, I will contact someone if I see that raw talent and potential. I’m not interested in gun talk and how much drugs someone sells. I love rap that means something and rappers who are true to themselves and real. I will never work with someone trying to be something they are not. My art won’t work for them. There’s too much feeling in what I do…I don’t think they would get that.

You and Mic Righteous released ‘Kampain’ together. Tell us about what work went into this, and how you both put it together.
I contacted Mic and his manager, (Now also my manager) about a year ago and sent the track, ‘Take Me Away’ with the hook on it. They contacted me back straight away and we got Mic in the studio that week to record it. It went on to ‘Yob Culture’, Mic’s debut mixtape. I guess we just clicked you know? Making a mixtape together just seemed like a natural progression from doing a great track together. Next thing I know, he comes for a couple days and we have done 3 tracks, then comes for another couple days and we do another 4 then a couple weeks and we got a banging mixtape! Mic’s work rate is sickening. Perfect for my work rate.

‘Show Of Force’ is released this Friday 13th April and is an instrumental mixtape. Tell us about the ideas and concepts of this new project.
I decided that the time was right to put out something different for not only the supporters, but for artists who are struggling to find good instrumentals on the web. I have packed it with this sound Mic and I kind of came up with whilst making ‘Kampain.’ It’s got a stripped back feel. I got rid of all the generic snare rolls and “bells and whistles” I hear so many producers pack into their beats, and focused more on the real melodies and live sound that I love to listen to. I also don’t really use samples…No disrespect to anyone but I personally have never been a fan, to me, making music should be exactly that, making music. I have 2 tracks on there that use a sample, but only really to show that I can.

You sing the hooks and harmonies on nearly every track. Why did you decide to do this?
I don’t believe any producer has done it before? I wanted to give the supporters something fresh and exciting…You can listen to it as an album without any artists on it, or record vocals on it…. As far as I know, no producer has done this so I’m excited to see the response.

All my hooks and harmonies are 100% free use. Royalty free.

Which artists would you like to work with next?
I have my eyes set on a few different artists I’d love to work with and also a few up and coming artists I am keen to help develop. I am working on a lot right now.

What’s next for Preston Play after the ‘Show Of Force’ release?
Mic and I will be working on more music and I have a few things lined up to keep me busy. I’m just enjoying what I’ve got myself into and taking it day by day. I still just sit here everyday pouring my heart out into the keys…Hopefully that will get me somewhere…

Show Of Force is out Friday 13th April 2012 from http://www.micrighteous.com/