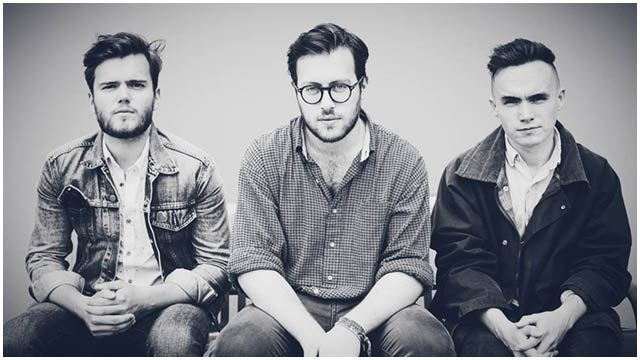 I sat down with Stewart, Callum and Lewis who recently unveiled their latest EP entitled ‘Messiah’. The band who all have over ten years music experience gave me an insight on what to expect in 2015 and who has the worst habits. Prides who recently supported Blink 182 and played Glastonbury have an exciting year ahead.

You’ve got a new single called Messiah, can you tell us more about it?

It is a track that me and Callum wrote on the piano because we wanted a big stabby and energetic track and it’s built out of the idea that I really wanted a gospel choir. We wanted a big sing along that killer Z moment

Your new album ‘the way back up’ comes out on 10th of July, what can fans expect?

I think it’s got the big synth pop moments that people know us for now, those big ambitious tracks but then we sort of temper that with a different kind of feel with some quite moments, we try to push ourselves as much as we can.

You had a fantastic year last year when you performed at the closing ceremony of the Commonwealth games, what have been your highlights of 2015 so far?

Can you tell us about any other festivals that you are doing this year?

We are doing T in the park, which is going to be our big album launch party and then we are all over the place, Reading, Leeds and Latitude, we have a very exciting summer

Which one are you most excited to perform at?

I would say T in the park as its our like our home festival as its going to be a big one and we are looking forward to Latitude, as it will be our first time going.

What was it like to have supported Blink 182 at Brixton?

It was very exciting for us and the most nervous thing we have ever done because it was Brixton a super iconic venue and Blink 182, a band we grew up idolising, it changed our lives, it was a surreal moment.

Whose got the worst habits?

The guys talked among themselves about scratching their noses in public and being on their phones too much.

Who is your biggest inspiration?

Musically we would say Peter Gabriel, as the way he goes about writing music is different from everybody else.

If you could do a collaboration with anyone who would that be?

Ellie Goulding or Taylor but anyone really, we’re not fussy.

What advice would you give someone that wants to start a career in music?

Learn to play an instrument really well and learn to sing, work on your song writing because the rest can come in bits and pieces, you have to learn to write a good song or no one will want to hear it, be self sufficient.

If you wasn’t in a band, what else would you be doing?

Callum would be doing a Phd in Physics, Stewart would do a sobbing audition on the X Factor and Lewis would be working in a club living his dream

Prides new album ‘The way back up’ is out now.