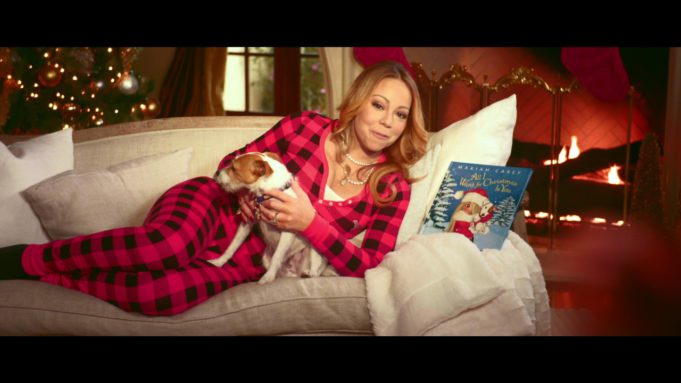 You heard right, production is underway on an animation based on Mariah Carey’s All I Want for Christmas is You.

Based on one of the best-selling and most beloved Christmas songs of all time and the children’s book it inspired, the film which features Mariah Carey’s iconic song All I Want for Christmas is You, will be released on DVD this festive season.

Mariah Carey will narrate and produce the film, which shares one of her most treasured holiday wishes. “I am thrilled to be able to bring the story of the song to new generations of families,” said the global superstar.

When young Mariah (voiced by Breanna Yde) sees a darling little puppy named Princess at the pet store, she suddenly knows exactly what she wants for Christmas. But before her Christmas wish can come true, she must prove that she can pet-sit Jack, a scraggly rascal of a dog; in fact, the worst dog in the county! Naughty Jack turns Mariah and her family’s Christmas preparations upside down in hilarious ways. Will Jack dash Mariah’s hopes for her dream puppy? Or will Christmas reveal how love works in surprising and mysterious ways?