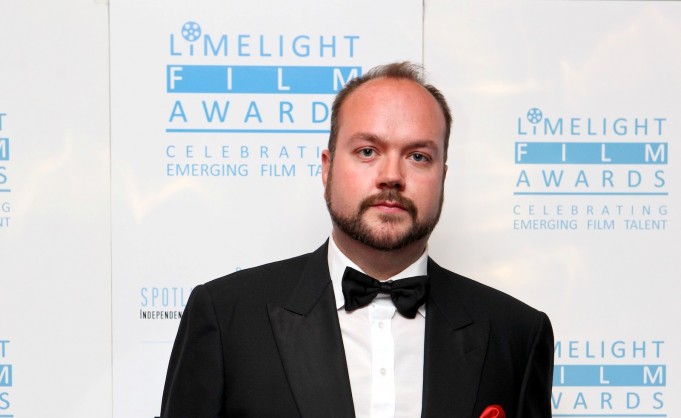 Jonathan Sothcott is one of those names in film that we should all be aware off, with his impressive filmography boasting more than twenty films including Vendetta, White Collar Hooligan, We Still Kill the Old Way and many more he is certainly a force to be reckoned with.

I got the pleasure of meeting Jonathan down at his newly opened Peacock Film studios for an interview. He was kind enough to give me a little tour around the studios, which houses a very impressive classic car which at first I thought was a film prop until I was told it actually belonged to his partner in the studios, Actor, Billy Murray, which at that point scared me rigid while I tried not to touch anything.

You have a new film about to be released called We Steal The Old Way, The sequel to We still kill the old way, Can you tell our readers about the film!

It’s not released for a little while yet, should be released early next year.

We still Kill the old way is about getting a group of old London retired gangsters together, kind of Krays era type guys who come out of retirement when their leaders brother gets killed to clean up the streets. It’s kind of an old versus new concept. It works on the basis of when the Krays were around you can leave your front door unlocked. Which I think is nonsense but it works really well as a concept for a movie. It did really well on DVD and got some really nice reviews so it was time to make a sequel.

It’s actually the sequel to 2014’s We Still Kill The Old Way, a number of the cast return but we have a few faces we have seen playing the typical British gangster such as Bill Murray, Vas Blackwood and Sean Cronin. Do you feel these actors are important to make these films feel authentic?

Yeah, Billy is the most authentic one there is as the Krays paid for him to go to drama school; you can’t get much more authentic than that. If you had been here 10 minutes earlier he was sat at the sofa as he’s a partner in my studio. I think Billy is a great actor I grew up watching him in The Bill and Eastenders and all his movies and he does bring an authenticity. He hasn’t acted for a couple of years; I really had to convince him to do this because, not retired but has done everything he has wanted to do. Once he got on set he loved it. Him, Ian Ogilvy and Patrick Bergen became instant buddies and he steals the movie, absolutely superb, best thing he’s ever done. I love working with Vas, everyone knows him from Lock Stock and Only Fools and Horses, I wanted him to do something a little bit different, and he plays this kind of serial killer, Hannibal Lector kind of serial killer. He had a lot of fun, he always a good laugh.

How did you get involved with the sequel?

Essentially the distributor came to me and said we have a title and a concept for you, we want to call it We Still Kill The Old Way and it’s about old gangster killing bullies. I said that’s great I’d like to do that. They said what the Movie and I said no kill bullies (laughs). It was just such a cool concept and the biggest struggle was with it was finding actors of a certain age who could still fight and look good and all the rest of it. Initially everyone we were looking at was dead and then Ian Ogilvy was suggested by a friend of mine to me and he was perfect and everyone loved him. He’s another one who has been off the scene for a few years obviously he was The Saint on television in the 70’s. He was superb, lovely, had so much fun. The first one was the most fun I ever had making a movie until we made the second one. It was a dream, the easiest job I have ever done.

We Steal the Old Way’s storyline is extremely similar to the recent Hatton Garden Heist, how do you feel about life imitating art in this case?

Well it happened when we were making the movie, no one robs banks anymore, people just don’t do that. The CCTV is everywhere so it’s just impossible. Obviously someone watched one of the movies and got a bit carried away (laughs).

Did it cross your mind that someone in the team was inspired by the film and had anything to do with the real life Hatton Garden Heist?

The actors probably, we didn’t pay them much so they’d probably go out and have a little rob on the side (laughs).

You’re quite a prolific producer in the gangster genre, producing the likes of Vendetta, White Collar Hooligan and many more, why are you so attracted to these films?

It’s not that I’m attracted to them, I think we all like that kind of dark side of life and you know why do audiences like gangster movies! We’re all normal people who aren’t gangsters and we like to have a safe view into that world without actually getting our hands dirty. But also because they sell, they are really popular, I learned long ago you have to make films for other people not necessarily the films you want to make.

You’ve gained quite a following because of the films you produce, Have you come across any scary fans?

You know when you’re on social media you open up the portal for all the lunatics in the world but normally people are lovely. People love these movies and nine times out of ten they have nice things to say. The great thing about the internet is it gives everyone a voice, the bad thing about the internet it gives everyone a voice. You just have to accept that and move on. Yeah I’ve had a few nutters popping up but what can you do, you just have to ignore them.

You’ve been described as someone who could be Britain’s answer to Harvey Weinstein, especially now you are opening your own film studio, Peacock Film Studio’s. Why have you decided to open you own studio?

I used to make a lot of movies at Wimbledon studios where they made The Bill, and they went bust last year so it kind of hurt my business a little bit when that happened. I thought if I can find the space then I can do something with it maybe. I was at the Peacock gym, the owners are friends of mine and the said they had this space round the back you should come and have a look at it. We shot Vendetta at the Peacock, the whole film was shot there, my office was the boardroom, Danny Dyer used to sleep under my desk. It was a super low budget film. So they said come and look at this space, it used to be a furniture warehouse. So I came around with Bill, and we had a look and I said it’s a studio it’s amazing we can do it, So obviously we are rebuilding it and making sets and we are making our first film here in September. So it’s all very exciting.

Can you tell us anything about that?

It’s called 52 Pick Up; it’s basically The Hunger Games for hitman. It’s an action movie. I can’t tell you about the actors on board just yet. Did forming Black & Blue films with Martin Kemp give you that hunger to open your own studio?

When I was first starting out in the business, it’s impossible because you try and call people and say Hi I’m Jonathan Sothcott an independent film producer and no one takes you seriously. Martin did me a massive favour because he let me use his name. So when I called up saying I was Martin Kemp’s partner everyone took my call. He’s such a nice guy and he helped me so much. He directed the first short film I ever made and first feature film, we’ve done so much together over the years. He’s always supported and encouraged me. I also get free tickets to all the Spandau Ballet gigs (laugh).

You were briefly a journalist, then ran a TV channel and worked in acquisitions what made you decide to change your career path and settle on a being a producer?

I always wanted to get into the film business, but I didn’t know how. In the 90’s, there wasn’t the internet to reach out to the world of film making and I grew up in the country in the middle of nowhere so there was no way in. So I thought how the hell can I do this? The only thing I was any good at was writing so I sent off loads of spec articles and a couple of them got picked up and then when DVD happened, when the DVD boom hit I got picked up to interview people for the DVD extra’s and then started meeting people in the film business which was very exciting. The Horror channel job I just blagged, I phoned them up and said you should hire me as head of programmes and somehow they did and that was really exciting, I had a business card with a spider on, it was brilliant. I met up with David Wicks who did shows like The Sweeney and I did The Sweeney DVD with him and he said I should be a producer. I said well what does that actually mean? He said it means you do all the work and get none of the credit (laughs). I worked for him for a couple of years and that was kind of like my equivalent of going to University, I learned so much from him. I met Kemp, made the short film and it kind of rolled on from there.

What else are you working on at the moment that you can tell us about?

Well, we are doing 52 Pick Up and then in November we are doing a Vampire movie, which is being directed by Jason Fleming, The Lock Stock actor, it’s the first film he’s directed. I like working with actor/directors, Martin was a great experience. Jason’s been a really good friend for a long time, it’s a great script written by Danny King who wrote Wild Bill, Dexter Fletcher’s film. We are also looking to branch out into television as well. Busy times.

Any scope for doing something in the states?

Yeah, I love going to the states, California is my favourite place to be. It’s always sunny and the people are nice it’s great. Also, LA is a mining town, where they mine film while in London people are mostly just playing at it and messing around. I’d love to, but there is no point in going out there as just another Brit. All my films do well over here, but they don’t really travel, at the minute we are trying to change that.