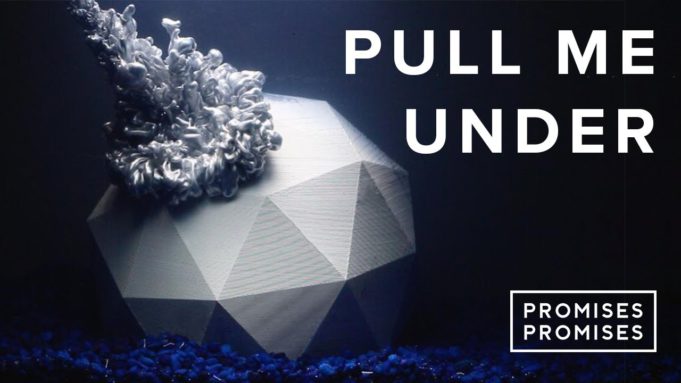 Promises Promises, composed of Jonny Marenghi, James Chester, Jonny Glennon and Jonny Turner, are a four piece EDM/Pop group that released their latest tune, Pull Me Under, on the 24th March along with accompanying music video.

Having no record label or management leaves them as a purely DIY band, having to use their diverse musical talents to compose, record and produce all of their music from their bedrooms with just a laptop and a selection of microphones.

Singer Jonny Marenghi first got the taste of the spotlight on the ITV show “Gary Barlow: Journey To Afghanistan” earning a chance to perform with the Take That songwriter whilst serving as a medic in the RAF. Marenghi combined his vocal talent with the instrumentalists Chester, Glennon and Turner, to form their Bristol based band Promises Promises.

Artistically,  Promises Promises sit in the vacant hole between Pendulum and Maroon 5, drawing influence from a range of pop and EDM artists such as Imagine Dragons, Chase & Status and Cheat Codes. Whilst developing their EDM sound, Jonny Glennon, their bass guitarist and synth bassist had the works of Avicii and Alesso as his inspiration when working on the production of the bass, especially when working on their latest track. However, it’s important for the band to hold onto their contemporary pop origins.

In Marenghi’s own words, Pull Me Under is a track describing a woman from his holiday in Barcelona; “I felt lost in her trance as if I was being ‘pulled under’ by not only her beauty but the magic of the unknown.” The video focuses on Marenghi’s feeling of ecstasy as they lock eyes, depicting a fish tank as a metaphor for the brain and the colourful ink representing the endorphins released during times of happiness and awe.

Pull Me Under is available now on all major platforms, along with the accompanying video out on YouTube now! Follow Promises Promises on their social media to be sure not to miss future releases.