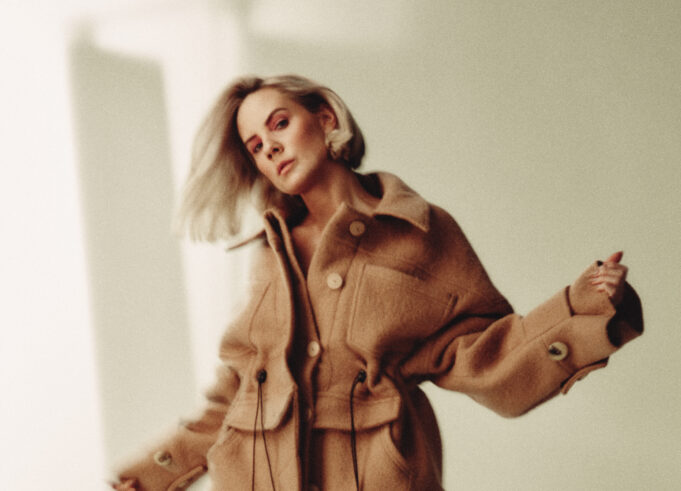 Singer-songwriter Ina Wroldsen is back with glistening track ‘Haloes’

Having worked with the likes of Clean Bandit, Jess Glynne, Little Mix, Britney Spears and Calvin Harris, Ina has already built up an admirable collection of some of the biggest singles of the last 10 years.

I chatted to Ina about her latest single ‘Haloes‘

You recently released your brand new single ‘Haloes’, what was the inspiration behind it?

I wrote Haloes about the moments we experience every day but seem to mostly miss in this busy life. I wanted to capture the feeling of experiencing something “bigger than us” together, not necessarily knowing each other. Like when you see a show or a football match and you look at the person next to you and you just enjoy the one thing you have in common; The human capability of experiencing joy, togetherness and love.

You’re a big deal in the songwriting scene, Was your songwriting process different considering this time you were writing for yourself?

It was! The biggest issue most songwriters have when breaking into artist territory is that we have spent our professional careers catering to other people. Then all of a sudden you have to combine that professionalism with what you yourself are feeling. It’s tough. For me, it was nice to get to know who I am in that sense. I have really enjoyed writing about what I want to write about whilst trying to think commercial. I am a pop writer, I just had to add myself to the mix. It took a few attempts, but I really like the cake I came up with in the end.

How would you describe the ‘Ina sound’?

When I first wanted to be an artist in my early twenties, this was always the question I was asked to “prepare” for. I still don’t have a clear answer. I suppose I can only describe it as pure Ina; Hopeful, challenging, melancholic, obsessive and at the bottom of it all- free at heart.

If you come to Camden to see me on the 24th, you can expect to see my band And myself, giving it all. Playing my records is what I love the most about all of this.  When I get to play live, I feel like all the hard work is worth it. We just finished a big festival tour and we are super excited to be playing in London. I think it’s gonna be great.

Haha, Usually, it’s just to hurry up and get out of whatever bus, car or plane I arrived in and get in my costume before line check and show. But if there is time, I like to listen to Edith Piaf and Billie Holiday to calm down, channel my grandmother (who I am convinced lives in me) and think good thoughts. Then I usually play music by people I consider tougher than me to get in the mood for the show. Lately, I have been having SteffLondon on repeat before I head backstage to the band. After that, we have a beer and we talk through the set to get in the mood for the show. Then we shout a lot, do push-ups, bridge stands and get on the stage. Rock and roll…

We know gigs don’t always go as planned, what’s been your most embarrassing on-stage moment?

I suppose I have been fairly blessed in that way, I have not been too unlucky or clumsy…. yet. This summer I really struggled with my voice for a while after being ill, and during “How deep is your love” at a big show in Oslo, I lost control of my voice and sounded like a fire alarm for a second. No Bueno…

I mean, dream big right? Gotta be Glastonbury. Or the orange stage at Roskilde. Or maybe, The Royal Albert Hall!! Yeah, that has to be the dream.

What track represents your life the most?

That’s a tricky question. They all represent parts of me. I might not have experienced everything I sing about, but I always put myself in the shoes of the main character of the story I sing. Songwriting is a lot like acting in that sense… But, if I have to choose one, it would have to be “sea” from my Hex EP that came out last year.  That was written from a very personal point of view about the beautiful place where I come from, Norway.

Well, right now I am about to board another flight, I am going to London to write, but beyond that, I am preparing for my London show and making videos for my next releases. I like to be in control of everything, so I am writing treatments for all of them myself. I always see the records whilst writing them so I try to get as involved with visuals as I can. I am also working on a podcast that explains the process behind every track. Haloes is nearly done. Tying that one to Timothy Leary. Now that’s a character. Till then, “Turn on, tune in, drop out” keep those Haloes glowing and I’ll see you in Camden on the 24th yeah? 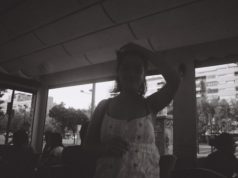