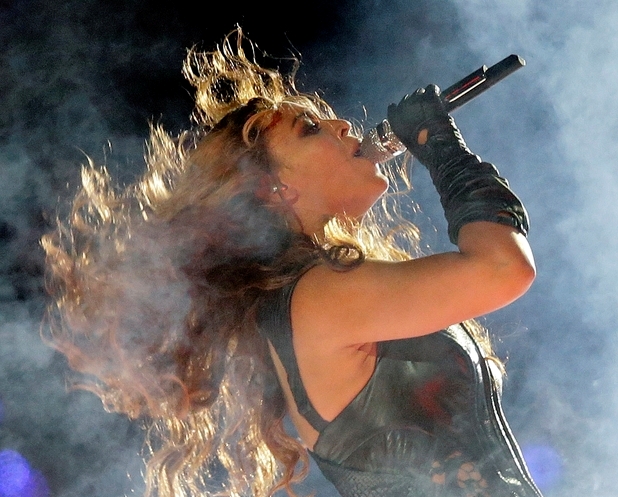 Though she had the lip-sync police out in force, the powerhouse songstress literally shut down the show as the headlining act for the highly anticipated event, which following her performance suffered a power cut.

Before that Bey took to the stage and sang some of her biggest hits including ‘Love on Top,’ ‘Crazy in Love,’ ‘End of Time,’ and ‘Baby Boy’ before her former Destiny’s Child band mates Michelle Williams and Kelly Rowland joined her for some bootylicious booty shaking.

The trio segued into ‘Independent Women, Pt. 1,’  ‘Bootylicious’ before ending with ‘Single Ladies (Put a Ring on It).’ The 31-year-old will perform at the Brits later this month, alongside Justin Timberlake, Muse and One Direction.