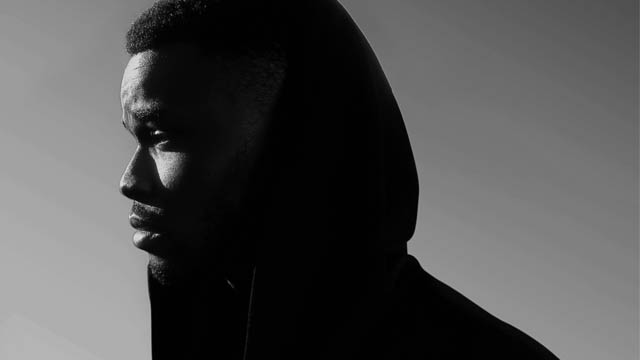 With the upcoming Soul Acoustic tour about to commence on the 6th of March in Nottingham and touring round the country, we had the opportunity to interview one of the performers on the tour.

Raheem Bakare sat down with us to tell us about his time in a boy band with Bluey Robinson; why his music is free to download and what to expect from his set on the tour.

When you were at school, you were part of a boy band which included MTV’s Blue Robinson, How did this band come together? Which do you prefer performing as part of group or solo?
Ah the early days! Well I feel that with music in general is better when playing with a group. You have people to vie with. Can get a bit lonely up there lol

Do you still keep in contact with Bluey?
Yerr that’s my homeslice.

There seems to be a lot of artists around at the moment that have initially come from Hackney, Yourself included. Why do you think there is so much talent coming out of that area at the moment?
I mean I think it’s because Shoreditch is like the heart of culture in London and it’s a pretty nice place to grow up and experience being so close to the city.

Your style of music is quite different; it has Hip Hop, RnB with an electronic feel about it, where do you take your inspiration from?
I grew up listening to a lot of Musiq Soulchild and Boyz II Men. Then I found out about D’Angelo and automatically became a fan and later listened religiously to Trey Songz while in lol. I think after hearing his Collabs with Drake that I really started understanding how HIPHOP could be combined with rnb for great music. This definitely influenced my approach to the creation of original music. I also take inspiration from producer such as Kanye, Flying Lotus and Jai Paul who have a very left electronic sound.

Your EP AWOL is available as a free download, we all know how hard it is for upcoming artists to make money from their music, what made you come the decision to make your EP Free?
I believe listeners need to develop faith in my music before they become fans of it. Essentially I’m giving music away music for free because whoever appreciates it now will trust that I can deliver an epic body of work when there’s a price tag attached.

You had your SBTV debut recently, It sounded absolutely beautiful, it certainly made me melt, How excited where you to be able to perform on this platform?
Well, I’m glad I could do that for you (laughs) the experience was amazing. SBTV are crazy efficient and the people that filmed were fun to have a good ol’ chin wag with.

It’s been announced you will perform on the Soul Acoustic Tour, which is great platform for upcoming artists to show off their talent, how did it feel to be asked to be part of this tour? Is there anyone on the line up your excited to see perform?
Can’t friggin wait for Soul Acoustic! I felt honoured to be asked as I know all of the other artists performing are really talented! I’m excited to see Dionne Reid. She has a really soulful voice.

What can we expect to see from your set at Soul Acoustic?
You can expect to hear passion in my set. I will be performing original songs as well as a cover so hopefully something for everyone.

What else has 2015 got in store for you?
I definitely aim to release more music in 2015 and I’m currently working on tracks towards my second project!