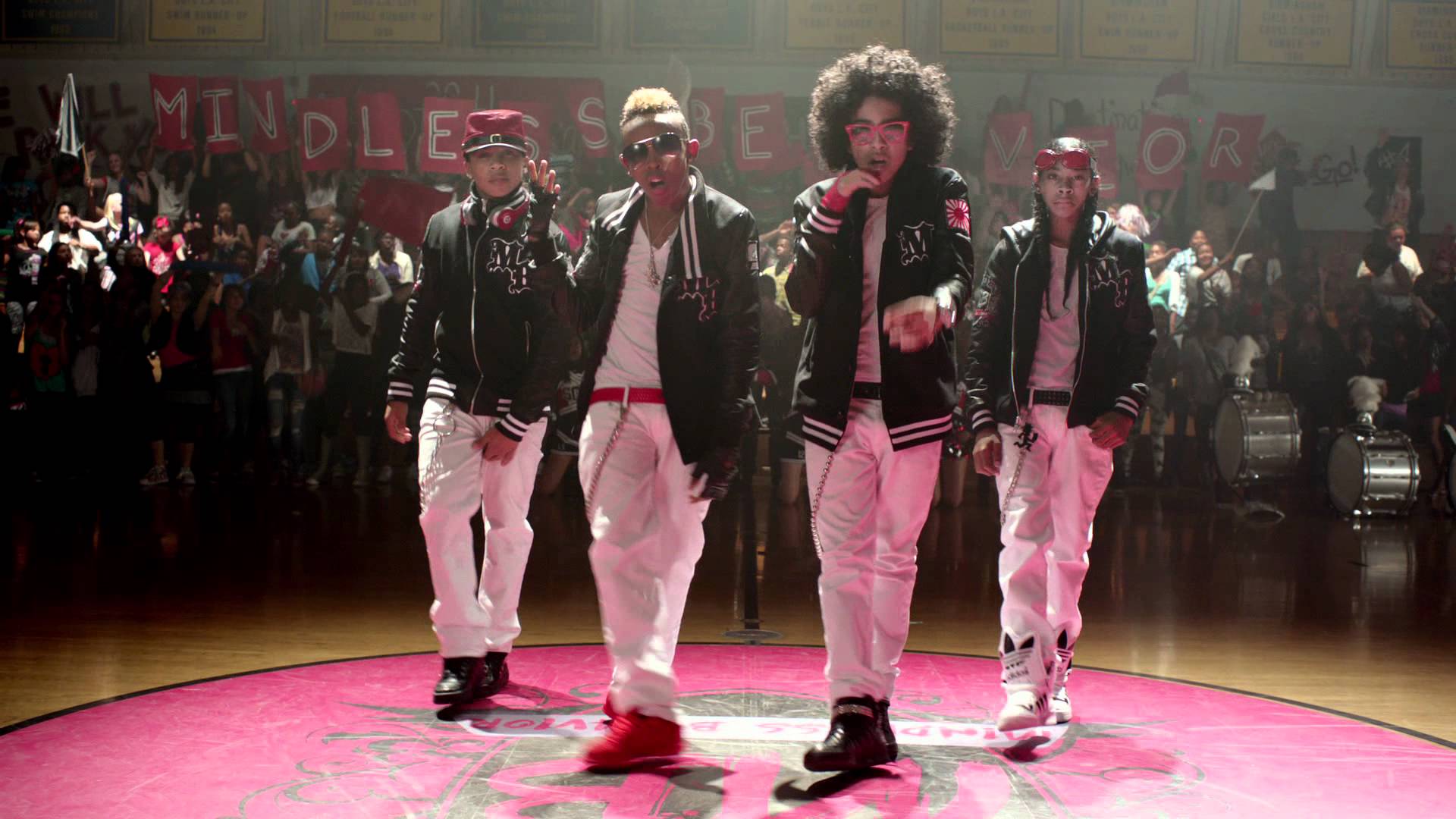 Comprised of four swaggered boys – Prodigy, Roc Royal, Ray Ray and Princeton are Mindless Behavior – at only 14 years of age, these young boys cause a frenzy and pandemonium wherever they go, so much so they’ve even had to shut down streets when they’re in the neighbourhood. Formed back in 2008, the road to musical success has been one filled long nights, early mornings and loads of studios sessions. However, with only a few years under their belt, they’ve already toured with and opened up for the likes of Justin Bieber, Jason Derulo and Backstreet Boys.

We caught up with the young stars as they literally take a pit stop in London, for an exclusive interview with us to talk about their number one girl, how they’d like to team up with the UK’s very own Jessie J and so much more.

First of all guys, welcome to the London.

Yeah, I was going to say, when was the last time you came over?

Roc Royal: About 5 months ago

Princeton: We opened for Jason Derulo for a whole month.

Mindless Behavior is a very different name for a group, but what does it mean?

Princeton: It’s just [about] being yourself and not caring what other people think and being mindless.

So your new album, #1 Girl is out soon, what was it like recording for the first time?

Princeton: It was fun, like the late nights 2’OClock in the morning drinking coffee to stay up, yeah it was really fun in the studio.

On the album you sing “Where is Ms. Right?” have any of you found your ‘Ms. Right’ yet?

Ray Ray: We saw some pretty girls outside though!

How would you describe your Ms. Right?

Ray Ray: My Ms. Right is very confident, don’t care what other people think [and] has beautiful eyes.

Roc Royal: [She] has to have a nice personality, love me for who I am as well, and actually have to get good grades in school.

Prodigy: I just want one who’s confident and don’t care what people think.

Princeton: One with a nice smile and a girl that loves peace signs, cause I’m obsessed with signs, before every show a put a lucky peace signs on my hand

Ray Ray: And also a girl that don’t depend on make-up

The new single is “Girls Talking About Us” what’s the concept behind that?

Princeton:  Just all of our fans talking about us. It’s my favourite song on the album, because before the group I was a dancer, so I love pop records that I can dance to and think of six hundred routines to it. We shot the music video last month and it’s crazy!

Can you tell us about a crazy fan experience?

Princeton: The craziest fan experience we had was when we had a meet and greet at FYE a week before our album came out at Baltimore and four thousand fans came. We couldn’t do the meet and greet because fans started to fight and the Fire Marshall shut it down, but it feels cool because the first time we were [in] New York in time square in our pyjamas, nobody knew who we were, but now we go we’re shutting down streets like here in London.

Who is are you all influenced by?

Ray Ray: As a group we all love Michael Jackson

You guys are still young, do you still get time to do normal things or is it just work, work, work?

(Prodigy) – Oh yeah, once in a while, we get time to like take a break and go see our family.
(Ray Ray) – Yeah, like today we went to the mall just to hang out.

Obviously, you’re in a group but everyone is their own person. Has anyone ever disagreed?

(Ray Ray) – Yeah, we have disagreements but we’re like brothers now [everyone nods] so after disagreements, five minutes later we’re cool again. We just talk it out you know, that’s how we stay together.

You guys are still very young, so what do you say to all those who look up to you and would like to become musicians, what would your advice be to them?

(Princeton) – Always, always, stand up for what you love no matter how much people say you can’t do it, or it’s not cool enough or it’s too different. Who cares?

(Ray ray) – Remember to always push yourself no matter how tired you are.

To kind of wrap it up what would you say mindless behaviours ultimate ambition is?

(Ray ray) – Yeah, and just to stick together.

The verses challenge: Ok, so let’s talk females. Firstly, I have to ask, Rihanna vs Beyonce?

(Princeton) – Yeah, cause if you love what you do then that’s all that matters.

(Roc Royal) –Money is really not a big deal, you get it and then it gets taken away.

[everyone laughs]
Right? Am I wrong though? I’m not just gonna sit here and pretend, you know. It’s always good to be financially stable.

(Princeton) – Just the atmosphere here. I just love everything here – the fashion, the people.

If you could be anything else other than a musician, what would you be?

(Roc royal) – I’d have to say, a veterinarian or a producer or a football player.