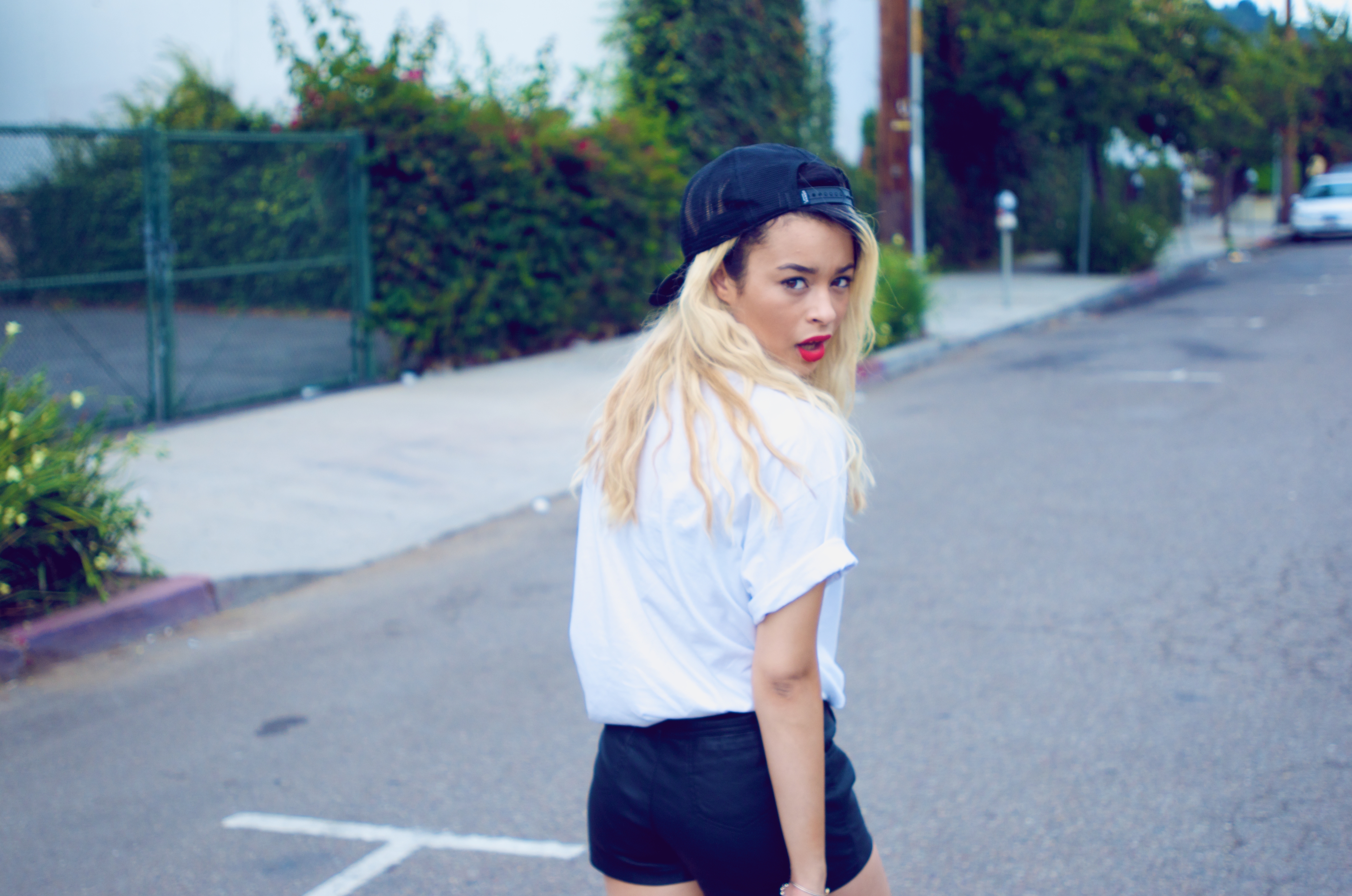 There’s something about Rainy Milo that I like-she’s got talent in abundance that’s standard when you have people like Gilles Petersen talking about you. More importantly however when I got a chance to interview the South East Londoner she comes across as a really natural person-

“all that in only twenty minutes?”- Well yes!

She is clear on who and what she wants to be right now and this is coming out in her music which is earthy, genuine and emotionally raw. While she laughs readily and is warm in nature she’s got a steel and determination that will see her go far.

Case in point when I saw her perform at Elecktrowerks for only her second live performance. As she stepped on to the stage with some brilliant gold trousers looking totally delicious there were literally three people including me- I thought she might falter but no she went through the set and by the end the room was filled with people caught on her laid back cool delivery.

Performing tracks off her mix-tape Limey (it’s a mix-tape by the way not an EP Rainy told me so!) she smashed it with tracks like the mellow, dreamscape emotional journey of The Other Way to the jazzy urban sound of Bout You and the luscious reggae/hip-hop influenced This Thing Of Ours.

So firstly how has it been performing live because you only started recently?

The first time I performed live I was definitely nervous but I think that if you aren’t nervous then you don’t really care. I think you need those nerves to make you want to perform your absolute best.

You started at the young age of fourteen in music.

Well I was really just into writing songs just for me but then I started to be surrounded by people that were positive and so into their passions and actually making those passion become something. It really made a difference because it rubbed off on me.

What were you writing about at such a young age?

I was writing about life really almost like diary entries and it was mostly just for me-now it’s the same thing as well-it was and is about stuff going on in my life at the time-writing about it helps me deal with the issues. I actually had no intention of anyone hearing anything at first. I then decided to drop about Bout You and people really connected with it and then I dropped the mix-tape because I thought that maybe more people would connect and they did!

So writing is catharsis?

I am not the type of person to really talk about my issues and so writing about it was and is a way of getting the emotions out without having to tell loads of people. Don’t Regret me is a song that helped me release all those emotions.

And your writing process is…….?

How things go with me it is not even forced. While travelling around I write a line here and there and then down the line someone might send me a beat and I will be like this suits that song I wrote a few months ago and then I will just carry on writing the song with the particularly people in question.

I know you had label interest but you decided not to go with them that was a brave decision.

I guess it is brave and sensible because I am in control of my music. I wanted to make something that I wanted before getting involved with a label. I wanted them to fully understand where I was coming from.

Did those labels in question try and change you?

When people showed interested I soon realised after talking with them that they did not really get me. I also realised that they were probably not going to get me until they heard the music.

She came pretty early on after I dropped Bout You. She messaged me and asked if I would like to meet-she actually lives in Los Angeles and I did not have a passport so I had to get one really quickly. She just understood it she just got it straight away so I knew she was the right choice.

Your sound is mellow like a Corinne Bailey flex.

I love her and Corinne Bailey Ray and Amy Winehouse inspire me because they are so brilliant at putting out their emotions they are just so good and it really helps me. They are airing their ‘laundry’ because they are talking about such raw emotions. Explain a bit how you went about working with your collaborators.

A lot of the mix-tape was done through email really with me reaching out to people or people reaching to me and then it was a case of emails and stuff saying “I like this” “keep it like that”.

You have a clear idea of your sound so did you direct how the tracks came out in the main?

The people that I worked with really trusted my ear for what I thought would work but I am really open to listen to what others have to say because I understand that others will have a lot more experience. I do however have a hearing vision for my music and so I do like to try and stick to that as much as possible.

It is a feeling that I want to get across in my track and it could be as simple as turning an instrument up a touch in the track-it is really just getting to that place that I felt I wanted to get to in my mind.

Lastly what’s in the pipeline?

I have just shot a new video for one of the tracks so lookout for that, live shows and then next year it will be an album.