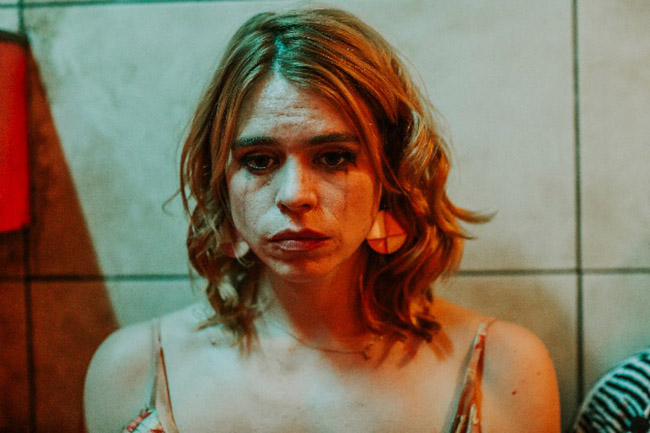 When you hear about Billie Piper’s Rare Beasts, you’ll also hear the term anti-rom-com banded about not far behind. Whilst this is, in fact, correct you’re also in for an incoherent storyline filled with neurotic women and despicable, wholly unlikeable male characters. Made for the Gen Z generation of timely conversation with a typically pretentious narrative, there are momentary sparks that quickly fizzle out and die.

If you were a fan of Piper’s I Hate Suzie series, this is built from exactly the same mould. I for one hated it, so you can pretty well guess what’s coming next. More a character study, one which could eerily be based on Piper’s own life and toxic relationships with a fascist racist we would rather not mention. On double duty behind and in front of the camera, Piper plays a 30 something single mother Mandy. By day she works at some media Production Company where she is ill-treated because she is only a mere woman and is only seen as a pretty face with dismal ideas.

If that wasn’t enough to rile the anger under the skin, she is also in the most obscure relationship with the vile Pete (Leo Bill) – who also works at the same company. When they were first introduced I was convinced it was a speed dating scene and the preaching bile and disdain for Piper’s Mandy was his retaliation for her rejection but low and behold, no, they are actually dating and for some clearly unknown reason she values herself worthy of this man’s time. Sorry, I simply don’t get it or buy it.

With the addition of a dying mother, an absentee father and a child that has some kind of condition which is never wholly explained, the entirety of this film slaps a dead fish in the face of toxic relationships drawn from what would seem from a drug-addled creative mind.

With all its numerous faults and painstaking annoyance, Piper has directed this well but when it comes to the story-telling I really wish she would drop the acid and settle for a nice cup of tea.

The film hits UK cinemas and select digital platforms from 21 May.