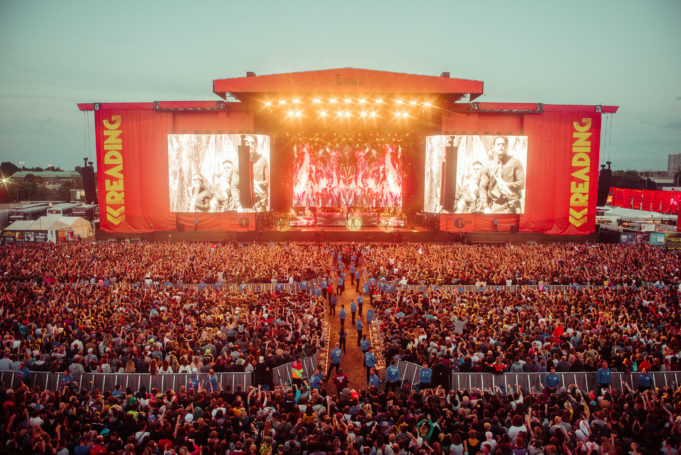 Taking place next month in Richfield Avenue and Bramham Park over August bank holiday weekend (23rd-25th). Reading & Leeds is sure to be unmissable.

Over at Flavour, we’re big supporters of Reading Festival having attended multiple years in a row, we’ve rounded up our top picks of artists you can’t miss. Ok…I know, I know! This is an obvious pick but cmon’ The 1975 is just one band you can’t miss.  We’re huge supporters of the band, being fans from the beginning, it’s incredible to see them headline! Expect to hear all their hits, We’re just wondering if they will have enough time to fit them all in! Making their Main Stage debut, this is another chance for their die-hard fans to see their memorable and iconic show live. What can I say? Circa Waves are f**king awesome! We last saw the band performing at the iconic Roundhouse in London and what a saw that was! Expect hits such as ‘Times Won’t Change Me and of course, our favourite the unavoidable ‘T-Shirt Weather’. If your mates say they’ve never heard any of these songs, they’re either lying or have been living under a rock. You won’t want to miss this set! Catch the lads on the BBC Radio 1 stage. Irish band Picture This first caught our eyes a few years ago, having chatted to the band multiple times, we’re big supporters! Known for releasing anthemic, sing-along and somewhat cinematic music.  Picture This create songs that capture your imagination and lyrics that hit hard. You can catch them on the BBC Radio 1 stage. When we first saw that The Maine had been added to the lineup, we were all basically screaming with joy! We can’t wait to hear our favourite tracks including ‘English Girls’, ’24 Floors’ and ‘Taxi’. With the release of their new album, ‘You Are Ok’,  the band are expected to bring an unmissable performance. What makes The Maine? The Maine is their ability and inspiration to take risks, yet staying tuned in while consistently exceed the expectations of their fans. Catch them on The Pit / Lock Up stage Bowling For Soup live is like no other show. You probably won’t experience something so strange, fun but so on-brand at the festival this year. You can expect bread throwing (Don’t ask us why, we have no idea), dancers in shark costumes and all sort of other weird shit that just makes you laugh and smile.  You’ll obviously hear their certified hit singles such as the Grammy Nominated ‘Girl All The Bad Guys Want’ and the US smash hit ‘1985’. Catch them on The Pit / Lock Up stage SWMRS pronounced ‘Swimmers’ is just one of those bands that we interviewed and fell instantly in love with. We first caught the band at a festival earlier this year and wow we were shocked, from fantastic stage presence to great music that makes you want to replay the whole set in your head, this is one set you won’t want to miss it. Expect fan favourites ‘Trashbag Baby’ and ‘Lose It’. You think you’re in familiar rock territory with the Oakland-formed quartet when suddenly an electronic beat kicks in that throws you for a loop. The same thing happens throughout the ten tracks that make up Berkeley’s On Fire – the band’s most urgent, electrifying and groundbreaking record to date. Catch them on the Festival Republic stage

Festival-goers should now be planning their weekends by signing up to the newsletters or via the official Reading & Leeds Festival app, available to download now on Android and iOS. For more information, visit  www.readingfestival.com and www.leedsfestival.com