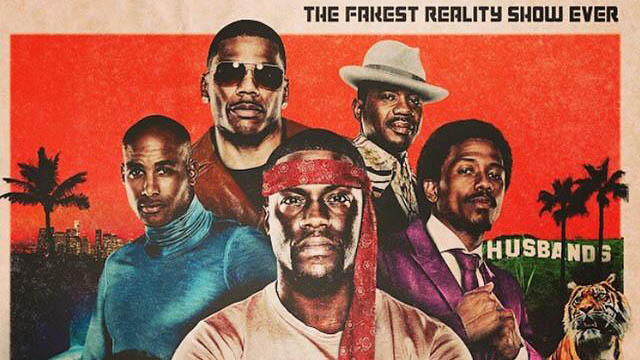 Kevin Hart, Nick Cannon, Boris Kodjoe, Duane Martin, Nelly and Cynthia Kaye McWilliams return to UK screens in the fakest reality TV show ever, The Real Husbands of Hollywood Season 3. The smash hit TV show which has had audience’s across the globe in stitches returns to BET UK on the 5th of November 2014.

Be sure to tune in to the premiere episode and see below for full listings of each show (this page will be updated as show times get released).

Suffering from severe amnesia after miraculously surviving a fall from his hotel ledge, a kinder, gentler Kevin promises the guys everything they ask for – including that he’ll star in their movie about that day. Later, Kevin’s memory returns while hanging out with his new sidekick Jackie Long, and when he realizes the guys actually dropped him, he’s out for vengeance. He also learns that Nelly’s dating Bridgette.

George Lopez approaches Kevin about starring in a cop buddy flick, “47-1/2 Hours” – and convinces him that the guys dropped him to save themselves. Kevin agrees to the movie then goes on a revenge-spree with George and Jackie, dumping the guys – and their film – for dropping him and firing Trina now that he remembers she fired him. Meanwhile, Boris has undergone a spiritual transformation following the fall.

A furious Kevin brings a team of replacement “husbands” to the guys’ pick-up game – but he gets served, literally, when they sue him for dropping out of their biopic, “Falling Legend.” Later, when Boris shares his spiritual word at a religious gathering they all attend, the guys make up – and Duane sees dollars behind Boris’s awakening.