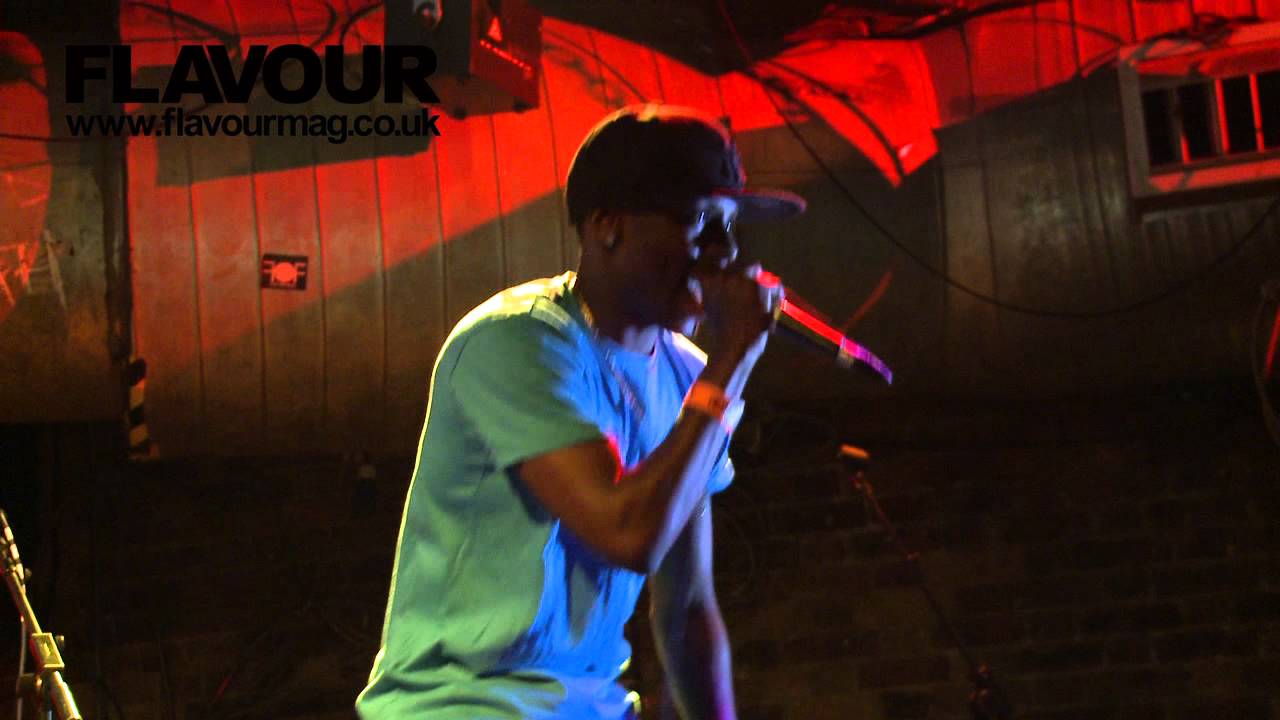 You may have first heard of him as Realist, but now he’s Realz aka RLZ, aka Flyboy! Being known as a “flyboy” may be a common thing to most boys out in the hood but this 20 year old is way ahead in the fly stakes. With his latest single ‘Flyboy’ out, Realz is aiming for the top, and with the backing of AD82 Productions, we’re pretty sure that there’s a lengthy career ahead of him. He may have recently become a daddy to a mini flyboy, but that’s not stopping him from getting to the top, Realz wants the whole package, and that’s everything which comes with the word “entertainer”.

The Flavour Live performer talks all things fly, his love for Lisa Maffia, and his “hate” for Tinchy Stryder. Realz also takes time out to applaud his mentor Ashley Walters, and tells Flavour who he’s reaching out to for the ‘Flygirl’ crown. Apologies for the repetitive use of the term “flyboy” and “fly”, it caught on after the encounter with the flyboy himself!

Looking at your first video ‘Glowing’ in terms of sound there’s been quite a transition – Explain this transition and what else do you plan to experiment?
The transition is just basically me testing out all different types of music. Funnily enough, ‘Glowing’ was made around the same time as ‘Flyboy’ so it goes to show that I can be versatile. It’s just how you feel it at the time, whatever you feel you just go for it.

Sorry to do this but we can’t help not compare you to Tinchy Stryder (it’s the sound, the height and the look) – Do you see a resemblance yourself and if not, how are you different to him?
The resemblance is crazy because I know that already, and I knew that was going to happen anyway. The thing is that he’s from the same area as me, we know the same people, we’ve worked in the same scene (grime), we’re both from ghanaian descent, and we’re both short. The difference is that our music is totally different, our names are different, and I’m a flyboy and he isn’t (Laughs) I’m joking! How did the idea for the track ‘Flyboy’ come about?
A producer called Noel linked up with us and showed me the beat. And the first thing that came into my head was girls because it was such a jumpy beat, and when you’re jumpy and happy as a male, you just think about girls being around you. I started freestyling in the mirror, and it just happened like that.

As Ashley Walters’ protégé explain a bit about your relationship with him and how he has guided you with your music career?
My relationship with Ash is more than just a music business partnership, he’s more like an older brother to me. He’s seen me grow from when I was 16 years old to now being 20 years old, and a young father. We talk to each on a normal basis, he’s a cool guy, I respect him very much and he’s helped me over the years pushing me into the right direction.

Truthfully now – Who was your favourite So Solid crew member?
My favourite members were Romeo, Mega and Ash obviously. But mainly Lisa Maffia because as a young boy, with hormones flying about all over the neighbourhood, I used to get a bit excited whenever I used to see her on the screens.

What’s the deal with AD82 Productions and what is your role within?
AD82 Productions is an all-round production company, not just a music production, it’s also a film production. And my role within, is being one of the first and main artist to actually make something happen alongside my team.

In the video for ‘Flyboy’ we see a lot of flyboys and flygirls – How was it filming with such a busy crowd?It surprised me because I haven’t yet majorly blown, and seeing a lot of people coming from places like Southampton and featuring in the video free of charge, coming to support and have fun was just great. It actually felt like a rave, I was just dancing away, there was no acting.

Hmm, a little off the scale, but we’ll accept that because he’s the king of the flyboy’s… witter there have been requests for a ‘Flygirl’ version from the female’s perspective – Which UK lady do you think would be the perfect fit for the job?
Mz Bratt. Shoutout to Mz Bratt! Wherever you are, you have to jump on this ‘Flygirl’ track because you are fly yourself!

After performing at this month’s Flavour Live Event – Are there any more appearances coming up where fans can catch a glimpse of Realz?
As of yet, I haven’t been updated, but there should be a couple more shows to come. You can keep track of what I’m up to by following me on twitter or visiting my official website.

You have the backing of not only Ashley Walters, but also Noel Clarke and Rio Ferdinand – How does it feel to have big names like them backing your work?
It feels great! It makes me feel it’s close, almost there, but not just yet. It feels good to have people like that supporting me, its says alot! Those are the people that inspire me, and being a Man Utd supporter, and banging out Kidulthood/Adulthood, it’s been great, kind of shocking as well.

What is the biggest achievement you hope to fulfil?
To be an all-round entertainer. To act, produce, mc, as well as being the best family guy I can be.

How has your outlook on life changed since becoming a dad?
It feels like a dream sometimes, because I just look at him and I think wow that’s a miniature of me. Priorities change automatically, and the feeling is amazing! It makes me think how life is short, to live life to the fullest, and be the best person you can, as well as don’t be selfish!