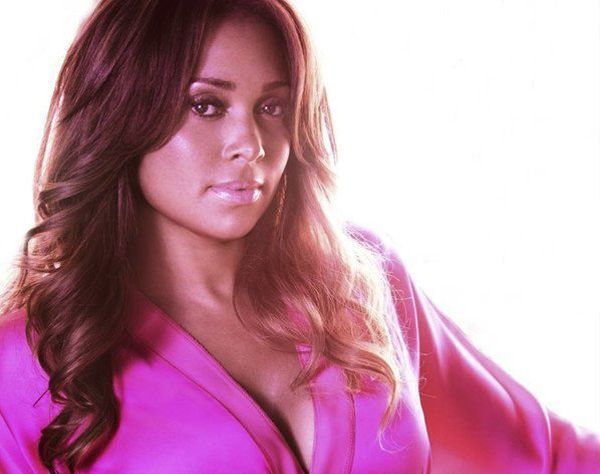 The late 90’s and early 2000’s were the golden era of RnB. There are still a number of artists who continue to carry the torch of what this was, and one of those torchbearers is Tamia. October 28 is an important date for UK fans, as it celebrates the release of ‘Beautiful Surprise.’ Yes, the six-time Grammy nominated reigning R&B songstress will be releasing her long-awaited fifth studio album.

Known for her sexy lyrics and commanding vocals, Tamia returns with that refined-golden voice following up on classics such as, ‘You Put a Move on My Heart,’ and the chat-topping hit ‘Into You’ featuring Fabolous. So what happens when you mix beauty with surprise? You get a beautiful surprise consisting of some extravagant, bouncy ballads, as she reveals in part one of our exclusive interview. Find out more about what the unstoppable Mrs. Hill had to say about taking creative control of her new album, her marriage to basketball superstar Grant Hill and working with the legendary Quincy Jones.

It seems that, you almost have a musical formula.  In 1998, you were so into a certain someone, you then had a stranger in your house in 2000, and now you’re back with a beautiful surprise… Is this a strategy or is this just how things sort of worked out?

I guess we can just sum it up to that’s life… [Laughs] Life has a lot of ups and downs, highs and lows. It’s forever changing.

Your new album sees you with overall creative control as co-writer and executive producer. Do you enjoy being in control?

Absolutely! I love to get my Janet Jackson controls on. It was definitely great overseeing this project as well as being able to see it all the way through, there’s nothing better than that.

You’ve pretty much kept everyone in mind whilst recording this album – the ladies, the guys and those broken hearts. Can you describe the album, in a few words?


In a few words, it was a beautiful surprise. I got the chance to work with a lot of great people, including Salaam Remi and Claude Kelly.  I also did my very best to remain open going into this project whilst asking myself, ‘Can you sing these songs for the rest of your life?’ And I can easily answer yes to that question because for me personally, that’s a great way to start a project.


This whole journey for you began under the wings of the legendary Quincy Jones. How did you end up working with him?

I’m from Ontario, Canada, and I was singing for the prime minister at the time on television with David Foster. Someone from Warner Bros saw me at the time when I was only just 18, and after that I ended up working with Quincy Jones. That’s really how it sort of happened. I got to be in the vocal booth with Quincy and Rod Temperton, who were both staring at me waiting to hear me sing  ‘You Put a Move on My Heart’, which was a tad nerve wracking, but I survived.

It’s surreal to believe that ‘Into You’ featuring Fabolous was released over a decade ago. To date, it’s had over 16 million views on Youtube. Any standout memories? Do you still see Fabolous?

Yeah, I do actually but let’s not forget that it was my original song that I co-wrote a few years before he remixed it. The song has been with me for a long time. It’s always great whenever I get the chance to perform the song with him. I’m glad that fifteen years later I’m still able to also be singing this song.

Nicole Richie played a cameo role in the original music video of ‘Into You’. What relationship do the two of you share?

Her mother at the time was working for me, and we lived in the same house for a while. I pretty much watched her grow up as a teenager.

If your life could be described by the title of a song, what would it be?

That’s a hard one… [Pauses for a while] I think ‘Survivor’ from Destiny’s Child is a good one.

Very few people here in the UK are aware that you’re married to American basketball player Grant Hill…I understand that a well-known RnB diva hooked you up?

Yes, it was Anita Baker. She told me about this guy that she knew and who she taught would be great for me. And from there he [Grant] became my future husband.

How does he deal with all the attention that comes your way? Does he get a bit hacked off?

No! He’s absolutely fine with it. He’s one of my biggest fans as I am one of his, so we definitely 100% support each other in our careers.

What are the perks of being a basketball wife? Is it good having a six foot eight tall bloke around the house?


Yeah, to change the light bulbs! [Laughs]… And to grab those dishes that’s on the high shelves. He’s perfect for that.

Most of your songs surround relationship and love matters. Is there anything too personal for you to write about?

I haven’t had a song yet that I’ve felt was too personal, but I do think my poor husband sometimes takes some slack when I sing songs like ‘Stranger in My House.’  He’s always having to tell people that he’s not the stranger and it’s not about him, but then he takes full credits for songs like ‘Beautiful Surprise’…[Laughs]

Some people say Keri Hilson is quite similar to you. What do you say to that?

I have never heard that before. [Short pause] I don’t know what to say as I’ve never ever heard anyone say that.

Tamia’s new album ‘Beautiful Surprise’ is released on October 28. Here’s part two of our exclusive, where she talks candidly about battling multiple sclerosis, why it’s awkward making love to her own music and how motherhood has changed her.