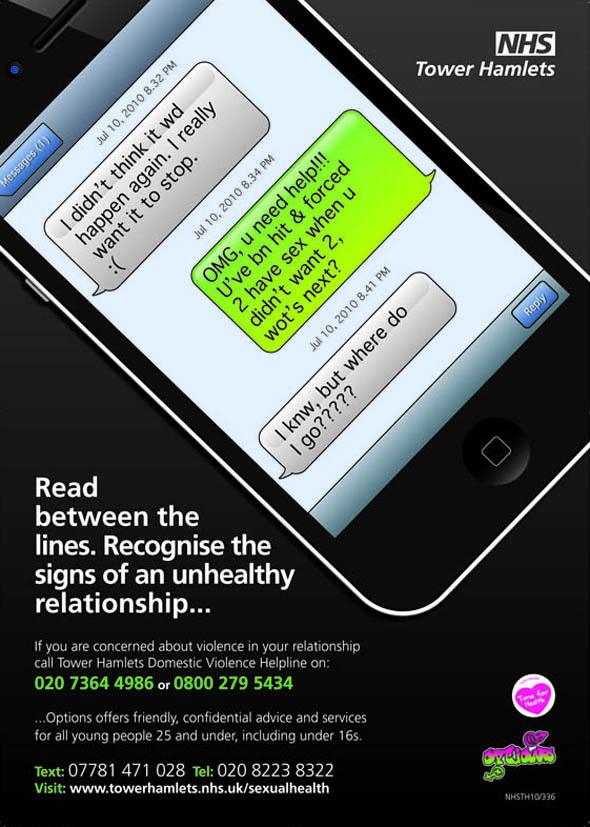 Most young people enjoy a relationship free from physical aggression.

However, for some, abuse forms a very real part of their relationship, providing a sharp contrast to their romanticized views of love.  For Rehana Davis*, the Honeymoon period didn’t last very long….

‘…..I really thought that because my boyfriend was jealous and possessive it meant he cared for me; the more possessive and jealous he got, the more I believed he loved me. Then he started to hit me ….and I made excuses for him.  One day, he hurt me so badly I ended up in hospital.  I’ll never accept a relationship like that again because I now know I deserve so much more’ she states adamantly.

According to a recent survey undertaken by the NSPCC almost three quarters of girls have reported some form of emotional partner violence. Abuse against boys and same sex relationships are also common, although cultural assumptions make it harder for boys to seek and receive help.

Further research on the subject has shown girls are more likely to suffer long term negative behavioural and health consequences including suicide attempts, depression and drug abuse. Girls who have sex with a partner who is older are at increased risk of acquiring STIs and unintended pregnancies because they are less likely to use a condom. This is possibly due to an unequal balance of power in the relationship and may also increase their risk of being victimized through violence…

Many young people lack experience in negotiation when it comes to romantic relationships.  Because of this, they are sometimes coerced or forced into performing sexual acts that they are not comfortable with and before they are ready.  Those aged 16-24 are most vulnerable to dating violence and sexual assault, although the number of those experiencing abuse below that age group is steadily increasing.

Young people’s high tolerance to physical violence towards romantic partners is a major concern for professionals who work with this group.   According to a recent publication by the Department of Health and Home Office on teenage relationship abuse, one in five young men and one in ten young women think that abuse or violence against women is acceptable.  Earlier this year, a national campaign by the Home Office was implemented to help raise awareness and modify behaviour towards intimate partner violence. It is important to tackle these behaviours early before they become deep-rooted and form a pattern that is carried on into adult relationships.

Learning to identify the early warning signs, knowing that there are  alternatives, and believing that you deserve to be treated with respect will enable you to choose better relationships. Looking back, Fatheha Ryan* admitted that she ignored the red flags and kept falling into the cycle of abuse over and over again.

‘I used to feel sorry for him after he’d hit me, he was so sorry, he’d look so upset; he explained that he had been hit a lot as a kid and he couldn’t help it … but the truth is even though he was always sorry, it never stopped him from doing it again and eventually I felt more sorry for myself; sorry I’d ever gone out with him.  I ended the relationship,’ says Fatheha*.

If you are involved in an abusive relationship (one where you are being hurt, feel scared and find it difficult to negotiate safe sex) there are lots ofare lots of places you can go for help. It is important that you talk to someone about it before it goes too far.

Contact your local Domestic Violence unit for advice and information or speak to a trusted adult who can help.