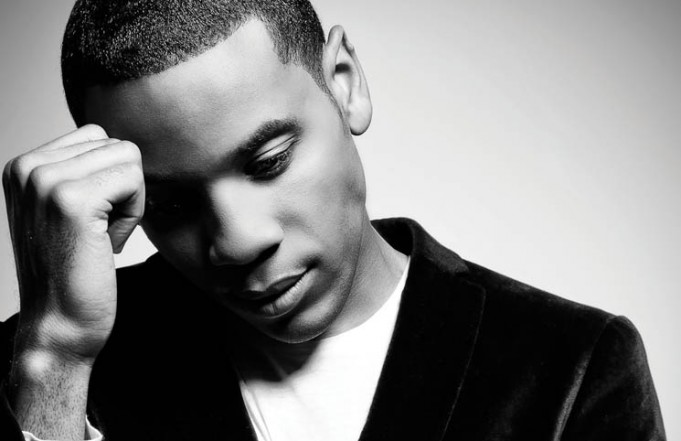 Originally printed in issue 14 of Flavourmag November 2009 in our Men Of Vision section, we revisited this special photo shoot as our #ThrowBackThursday. Reggie is one of those presenters that you would like to invite to Sunday lunch. He’s warm, funny and easy on the eye, plus you feel like you have known him forever. He’s rocking a very stylish pair of specs as he settles down to let us in on a few secrets. Is this a new look?

“Nah, my eyes have been getting progressively worse for years and I’d been avoiding wearing them,” he replies. Contact’s or laser eye surgery an option? “Oh none of that love!” Reggie laughs. “I don’t want anything going in my eyeballs.” So why don’t we see his character Theo in Trinity rocking frames. “We’d all like to think an 18-year-old would have good eyes!” Well-known for presenting and fronting awards like this years MOBOs, it’s been a while since he got stuck into a big acting role, but Reggie admits it is still something he is crazy about.

“I love acting. The challenge of playing a character who’s completely different from you. It’s a bit of fantasy, and with Trinity the first episode es- tablished a lot and you got snapshots of what the whole series could be crammed into an hour.” Hence the first episode was quite risqué and we got gratuitous shots of the lovely Reggie getting down and dirty, although they are only ‘before and after’ moments. And the show has clearly captured the attention of its flesh-fancying audience. “There’s a good following for the show, hopefully there will be another series,” he says.

Whilst Reg makes it look easy effortlessly switching between acting and presenting, he admits they are the complete opposite of each other. “When presenting you have to be yourself – that’s what I feel all of my favourite presenters do and I hope people feel that way about me. With acting you lose who you are and you become someone else. I love both, so I could never just do one.”

Anyone who says they are into one genre isn’t a music fan! I like everything from hip hop to grime to indie!

The former Top of the Pops presenter also has another love fighting for his attention – music! Earlier this year, it was announced that Reggie would be flying solo on the Radio 1 Chart Show, as Fearne left to do her own thing. He got the chance to put the Yates heritage stamp on it, giving us the classic rundown in his own style. And although he enjoyed working with Fearne, he insists that listeners may not have had half as much fun as they did. “It was fantastic for us. But I don’t know how great it was for others. Basically, you had two friends taking the piss out of each other and having a giggle for a few hours.” The self-confessed music fan is not just about the pop charts. “Anyone who says they are just into one genre isn’t a music fan! I like everything from hip hop and grime to indie.” Never one to follow the pack he picked up on Drake, the Canadian rapper who has quickly turned into hip-hop elite, when he first hit the mix tape trail in Toronto years ago. “And of course, Mr Hudson is killing it right now!’ And who should we be looking out for on the music scene? “I love The xx, a bunch of young kids from West London. They play real atmospheric, dramatic-sounding indie music. They are big!”

His mother has deeply influenced his love for music. Reggie remembers listening to everything and anything growing up. Mama Yates was tuning in to pirate stations playing bashment one minute and Phil Collins records the next. He also states: “Anyone born in the Eighties was exposed to so much. Madonna, MJ, Prince – all different artists in the same chart.”

Speaking of MJ, Reggie reveals his next project is fronting the BBC Three show Move Like Michael Jackson. While Reggie interviews the late great King Of Pop’s family and friends in LA, there will also be a dance competition and the winner will get the chance to perform at the official Michael Jackson concert. “It’s an awesome show,” Reggie tells us with infectious enthusiasm. “Since he passed away, everyone has paid homage to his music, but not the moves. The winner will take part in a tribute concert in London next year. Jermaine Jackson will be judging and Lavelle Smith-Junior, who worked on Michael’s Bad, Dangerous and later History tours. The final judge is still to be revealed. Can he give us a hint? “No way. You’ll find out in December!”