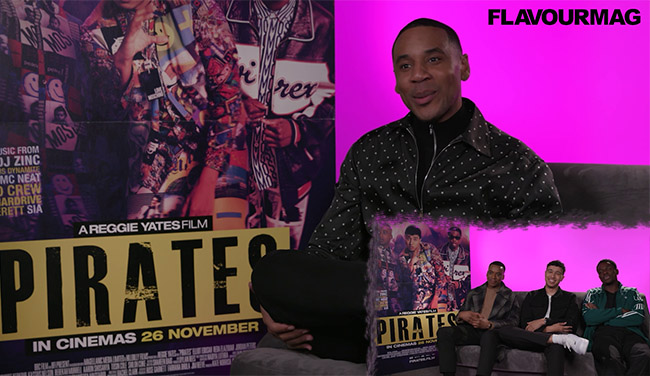 Reggie Yates is well known for his hard-hitting documentaries but this week we get to see a whole new wholesome and fun-loving side in his new feature film Pirates.

The film follows the boys as they drive through London in their tiny Peugeot pumping a live garage set from the stereo and arguing about their Avirex jackets and Naf Naf imports. As the eighteen-year-olds step into adulthood, they know their lives and friendships are on the brink of change. Determined to see out the century with a bang they drive from place to place in a desperate search for tickets for the best millennium party EVER.

We sat down with Reggie and the main cast members Jordan Peters, Elliot Edusah and Reda Elazouar to chat about heading back to the 90s, the fun they had on set, garage music and much more.

PIRATES IS ARRIVING IN UK CINEMAS ON 26 NOVEMBER 2021