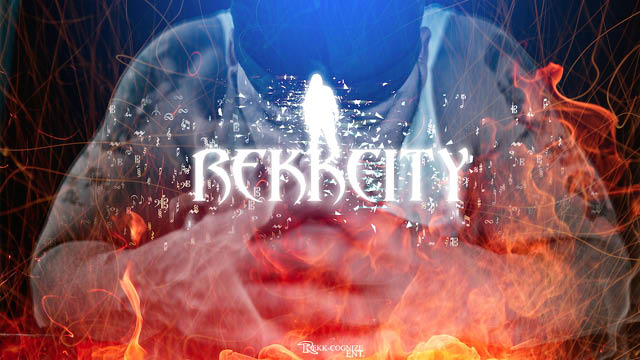 Chicago based Producer/Artist/Actor/Songwriter REKKHAN is set to announce US tour dates very soon to coincide with the release of his new album ‘REKK CITY’, which was released late September. REKKHAN, who has ghostwritten and produced songs for some of your favorite artists.

The new album, ‘REKK CITY’, is written, produced and arranged by the multi -talented artist. This is his third installment to his hip hop legacy. With the underground releases of his last two albums ’REKKCOGNIZE’, and ‘REKKTIFY’, which are now available everywhere, are finally becoming critically acclaimed because of their lyrical content and original production. ‘REKK CITY’ was just released and has already been submitted ‘For your consideration’ for Grammy Nominations in two categories: ’Album of the Year’ and ‘Best Rap Album’.

Featuring thirteen brand new tracks, the new album includes the singles ’Jill Scott’, ‘Come And Get Me’, ‘Why (Look at Ms Now)’, and the current single ‘A.D.D.’ which has been submitted ‘For your consideration’ for Grammy nominations in five categories – ’Best new Artist’, ‘Best Rap Song’, ‘Best Rap Performance’, ‘Song of the Year’ and ‘Record of the year’. (Grammy members! Please vote for real hip hop this year)

Although taking his inspiration from the old-school and the likes of Ice Cube, Rakim, Jay Z, Heavy D, KRS ONE, Eazy E, N.W.A. The D.O.C. ,OutKast,LL Cool J, Scarface, Eminem , Public Enemy, Notorious B.I.G. and the legendary 2PAC, And his production inspiration from Dr.Dre, Timbaland, Pharell, Kanye West, Just Blaze , and Erick Sermon, the sound of REKKHAN is very much now and he delivers hip hop and rap at it’s very best.

Emerging from the underground, REKKHAN is set to continue his rise in profile throughout this year and beyond when he takes his brilliant live show on the road with the ‘REKK CITY’ Tour over the coming months. More details will be announced very soon on the website: http://www.rekkhan.com ‬‬‬‬