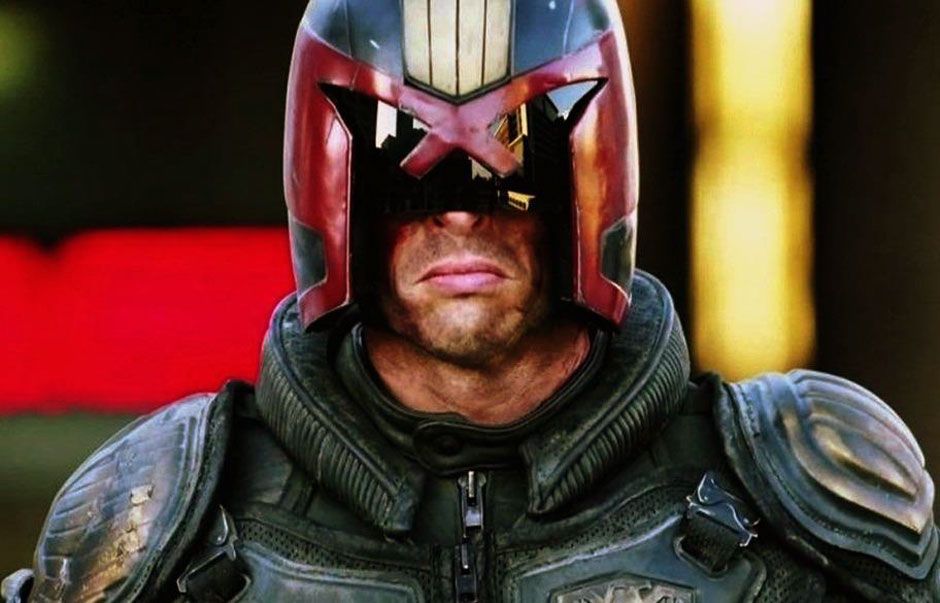 Comic fans may consider Batman to have been the most anticipated film this year, but 2000AD comic enthusiasts may also remember a less famous hero, by the name of Dredd, Judge Joseph Dredd to be exact. And this year Dredd is being brought to life on the big screen in 3D. Its not the first time however an on screen adaptation has been made, some of you may recall Sylvester Stallone’s role in the 1995 adaption, which seemed to disappoint. The film is based in America but was filmed in South Africa, and the first scenes show America as a wasteland in which lies Mega City One on the East Coast, which can only be described as a violent over populated metropolis in which citizens have to live in height defying tower blocks which are controlled by various Gangs, the only people who are able to bring any sort of order in the chaos are the Judges, who are the Law enforcers, judges juries and executioners rolled into one.

Judge Dredd has built a reputation as one Judge in particular rogues know not to mess with.

And is somewhat of a lone ranger, taking out groups of criminals at any one time. The Chief Judge spots potential in a mutant rookie who failed the test, but has incredible Physic powers, and asks Dredd to take her out on the road, show her the ropes and see if she makes the cut.

Neither are expecting what lies ahead, as they get called to the scene of a triple homicide, in the Peach Trees estate, which is a 200 storey tower block, run by ex Prostitute Ma-Ma and who with her crew has got the block on lock. What could have been a simple arrest, results in Dredd and his Sidekick been hunted down within the walls with nowhere else to run, thanks to twisted criminal Kay, played by Wood Harris.

If you like action packed, gore there’s plenty of that on offer, and the 3D effects work particularly well, in some of the slow motion scenes such as the smashed glass which appears to be coming out of the screen, and the bath scene where Mama played by British Actress Lena Headey Is high off her own supply of SLO-MO a drug which makes your brain work at 1% of its usual speed.

There’s definitely some chemistry between Dredd (Karl Urban) and the Rookie (Olivia Thirbly) and our sights were set on some sort of romance, but it doesn’t seem to materialize, maybe they’re saving that for a possible part 2?