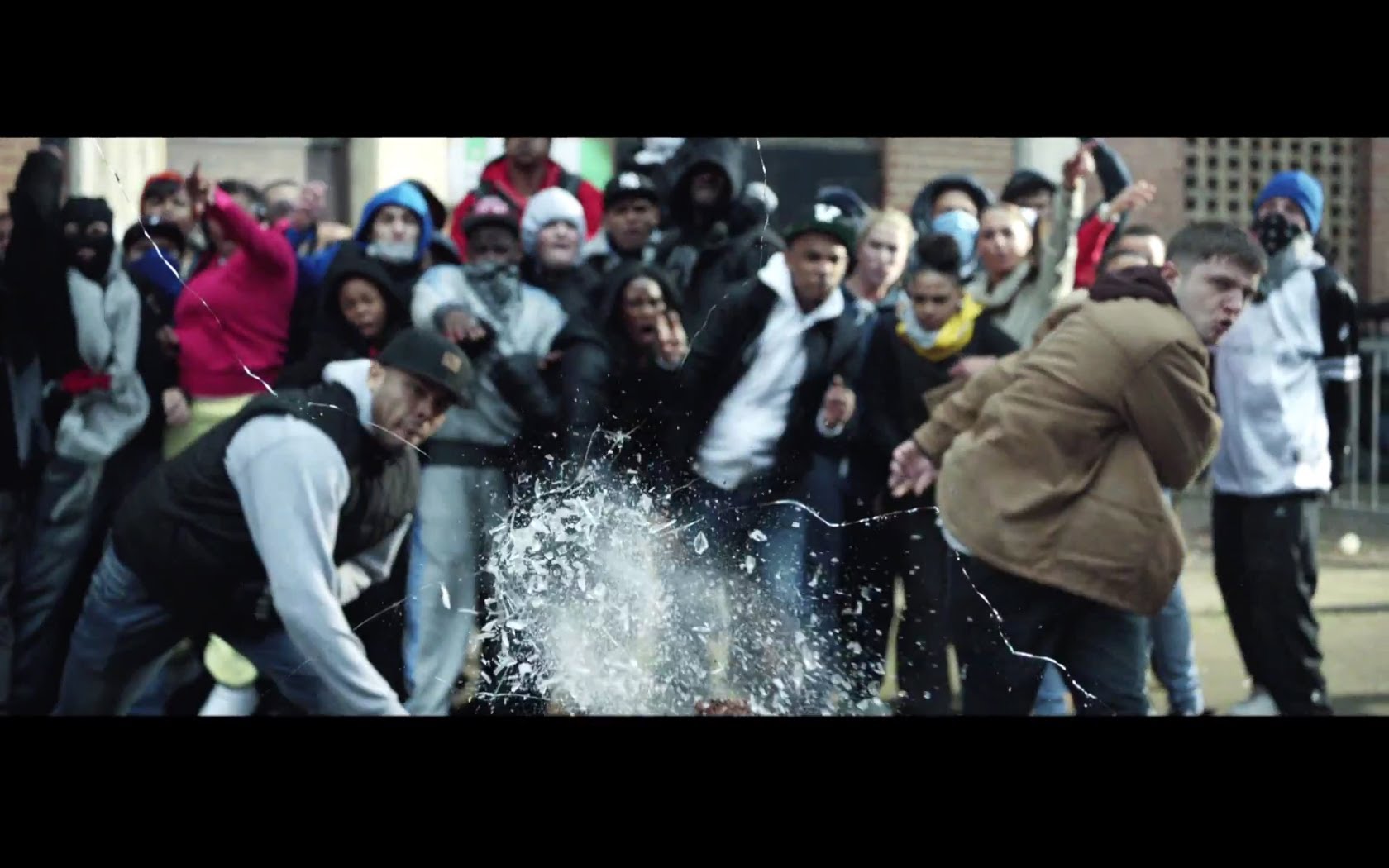 ill Manors, is the highly anticipated film debut from award winning rapper and singer, Plan B (Ben Drew). Watch as Drew steps behind the camera to direct a thought provoking, urban musical. ill Manors is the workings from Drew’s own script and features brand new music from Plan B. Set on the streets of East London, where he grew up, the movie centres on several core characters such as Riz Ahmed (Four Lions), Dannielle Brent (Bad Girls) and Jo Hartley (This is England). Focusing on their circles of violence as they survive life on the streets of East London, each story weaves into each other. They paint a gritty, yet realistic picture of the world they live in. As their lives are turned upside down into madness and chaos, watch the interesting characters as they embark in a world which is on the edge of self destruction.

ill Manors is right in your face. It tackles the issues head on, from drugs, gangs, sex, prostitution and death, whether it be accident or deliberate murder. Now I’m not going to lie, there is a bit of violence but it was unavoidable, as the violence conveyed the truthfulness of the story and its connections to real life.

The movie takes you on a journey with the characters. ill Manors tackles the stereotypes traditionally seen today. Going much deeper and further into their backgrounds, the film gives you a much better insight into each character’s past, present as well as giving you a glimpse into their possible future. You understand them more as their lives seem to literally come off the screen. You see the choices they make and watch as they face the consequences. You laugh, cry, feel a sense of sadness, loss and gladness with the characters, and even get annoyed with some of them at times.

The movie has many distinctive areas that set it apart from others; one in particular is its music. Accompanied throughout the movie, the music provides a backdrop to the story, the scenes and the characters. Unique, swift and clean, each track fits the movie perfectly, narrating the characters life’s as the story goes on.

Though the movie gets a bit violent at times, some people (like me) will be happy to know that there is not one bit of romance in sight as this movie is not about love, romance and all the prettiness that comes with it. ill Manors, is dark, stimulating and gives you a harsh look at what life is like deep in the heart of London. It will shock some but it will also remind some of what they already know and leave you with a lasting impression.

ill Manors makes a point that it has a message and the message is loud and clear but even manages to offer possible solutions at crucial times. We are all linked together one way or another, though life may be hard, you yourself have the chance to change it. One thing about the movie that will always stay with me is its message and the thought of hope, further emphasising its depiction of reality.

ill Manors may not be everyone’s cup of tea but it’s a nice movie to learn from and get into. With an inspiring clear message, you’ll enjoy it from beginning to end and come out learning something new about today’s generation and society as a whole.