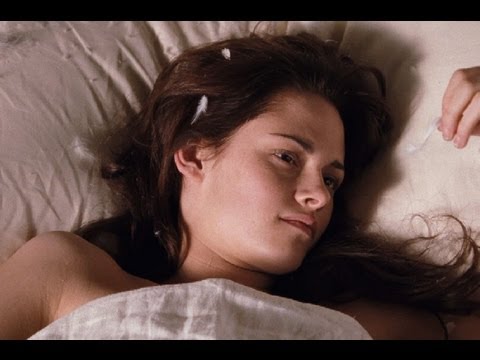 Late last week many ‘Twi-hards’ got to enjoy the moment that they had been waiting for since ‘Eclipse’. The first part of the final installation in the Twilight Saga was finally screened in cinemas all around the world. Having read the books, ‘New Moon’ and ‘Breaking Dawn’ were definitely my favourite. In fact, I read ‘Breaking Dawn’ approximately 8 times. The longest edition of all of the books, it was no surprise that the producers decided to pull a Harry Potter and divide the epic novel into 2 parts for the film. I was excited to see the words come to life; after all, how would they portray the wedding of the century, the infamous sex scene and the horrific vampire birth?

As I settled in my seat with popcorn and tissues at the ready, I soon realised the tissues were highly unnecessary. The emotion in the film, more so in the beginning, was wiped out by pathetic music that intended to sound moving, but succeeded in sounding cheesy as hell and almost made certain scenes cringe-worthy.

A bonus to some and an all-too-expected-therefore-unimpressive moment for others was when Jacob removed his t-shirt within the first, say, 90 seconds of the film? Many could say that it was justified – once he received the wedding invitation to the Swan/Cullen affair, he simply had to get naked and turn into a snarling wolf. Not that I was complaining – that is one fine wolf.

The wedding was pretty, but fairly dull; they could have made more of an effort with Bella’s appearance. The weird teenager looked better after the ceremony as she let her hair loose and wore a tight fitting dress, preparing for her honeymoon. My favourite part of the wedding was actually the nightmare Bella endured before her big day, which showed the happy couple receiving their vows standing upon a massive pile of dead bodies. It was very artful and gothic with a Tim Burton feel that I really appreciated; being the weirdo that I am.

The honeymoon and indeed the sex scene was pleasant and definitely viewable enough, although they certainly could have executed it with more of a wow factor.

Bella’s pregnancy – what a horror! A big well done to everyone who worked on the film – they truly made the vampire lover look like a crack head. Sickeningly skinny, black eyes and a humungous stomach, the producers portrayed the books imagery perfectly.

From there on, in a nutshell, the film consists of them rushing back from their honeymoon as Edward wants to ‘remove the thing’ from her stomach as he fears it may hurt her, whilst Bella enlists Rosalie’s help to protect her baby that she is adamant she will carry – to the end. The werewolves discover the news and are determined to destroy the baby inside Bella – Bella being the sacrifice. Of course, Jacob is not impressed with this which kicks off a war between the vampires and the wolves – with Jacob siding with the vamps.

The fight scenes were nothing to rave about – so I won’t.

What did affect me the most was the moment Bella dropped her cup of blood (she had to provide for her hybrid baby, you know). Knowing the book so vividly, I knew this was the moment I had been waiting for. As she bends over to pick it up, he spine abruptly snaps and Bella is in a fit of pain as Jacob and Edward do their best to remove the child whilst keeping Bella alive.

The scenes were eerie, gothic and rather moving as we saw life through Bella’s blurry eyes. The most powerful scene of the film was seeing Edward pound on Bella’s heart continuously as she laid lifeless, eyes open. Eventually, Edward injects his venom all over Bella’s body by biting her everywhere. The scene then switches to Bella’s insides, where we see her veins freeze over, indicating that the transition from human to vampire had begun. Around that moment, still believing that Bella is beyond saving, Jacob decides to kill the baby in anger. However, before he gets to it… he imprints on the little baby/vampire girl Renesmee (In werewolf speak, this basically means that she is the centre of his universe now). Luckily, this means that the wolves cannot hurt the baby, essentially ending the waste-of-time war.

We then head back to Bella’s death bed, where Edward exclaims “it’s too late” as he washes her and places her in a beautiful blue dress. We then listen to Bella’s last heart beats as we enter inside her mind and watch her life flash before her eyes. It truly was a spine tingling, powerful piece of film.

As she lies lifeless in her transition we see her scars fade, her skin even out, her face become startlingly beautiful (basically she just gets a makeover by an invisible source) as her heart races towards its last beat – this moment left the cinema so quiet, you could literally hear a pin drop. She opens her eyes to reveal that they are blood red. And then, as the audience were still holding their breath, the credits rolled on the screen, signalling the end. Talk about a cliff hanger.

Overall; the film will delight Twilight fans, amuse spectators and annoy critics. Regardless of what category you fall into, it is certainly worth watching. The ending promises us a spectacular Part 2; which is due to be released in November 2012.