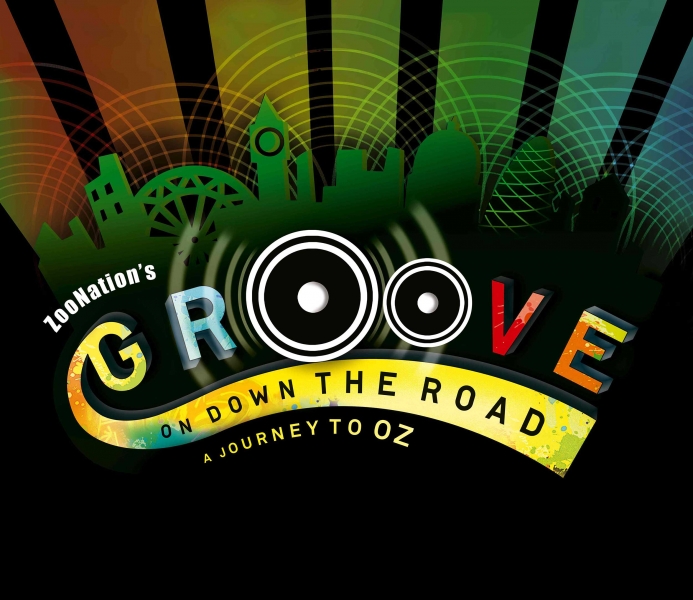 ZooNation’s Groove On Down The Road is a Hip-Hop take on the classic, The Wizard Of Oz. The story follows Dorothy, Toto, Scarecrow, Tin Man and the Lion as they embark down the yellow brick road on their magical journey. One key difference, instead of skipping down the yellow brick road the group breakdance to the sounds of Michael Jackson, Stevie Wonder, Justin Timberlake and Janet Jackson as the urban world meets theatre.

But the original story remains unchanged. Like the original the Scarecrow (played by Jaih Betote Dipito Akwa), Tinman (Michael Ureta), and the Lion (Corey Culverwall) desire a brain, a heart, and courage respectively from the Wizard of Oz. Along the way, the group encounter a whole host of obstacles including flying monkey’s, poisonous flowers and a Wicked Witch. In the end the group do have their wishes granted – with one last wish granted to Dorothy, who returns home with a click of her red shoes or in this case red hi-top trainers.

In this production the audience is treated to back-breaking dance moves and slick choreography. The ZooNation Dance Company and director Kate Prince who are also responsible for the hit shows Into The Hoods and Some Like It Hip Hop do a great job of bringing this classic tale to life. It is honestly one of the best shows you can watch in London. With a cast ranging from the ages 10-19 years, the incredibly talented ensemble delivers high-energy and breath-taking performances.

All eyes, however, were on lead actress Portia Oti who plays Dorothy and sidekick Toto played by Michael McNeish as they lead the group on this magical adventure and are at the forefront of the action. They make a great duo and truly are the next generation of stars. Flavourmag spoke with actor Steven Pascua who plays the Wizard Of Oz and also brought the house down with his crumping skills. He says the cast are ‘all family’, adding ‘the show is also an outlet for the young people who are not mentally academic to express their creativity’. A message director Kate Prince is also keen to put across. Her vision is to encourage art and creativity which has been lost in our education system and even in life – this show is essentially a platform to bring us back into the creative world.

With that said Groove On Down The Road which takes place in the Southbank Centre is simply a high quality production. The lighting is immaculate and the staging is a sceptical to behold. The talented cast simply do not miss a step. This is a must see. It is entertaining, comedic at times and the dancing is thoroughly enjoyable. The crowd could not resist dancing along and the cast got a rightly deserved standing ovation at the end.

Groove On Down the Road runs until September 1st, if you would like to watch the show and for more information on how to book tickets please go to: http://www.southbankcentre.co.uk/whatson/zoo-nations-groove-on-down-th-74861