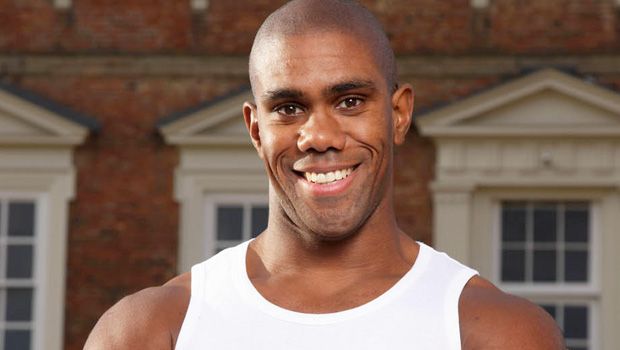 Flavour takes time out with Richard Callender to discover brains as well as brawn, but not before hitting the floor and giving him one, two, er, three, puff, puff… How did you get started?
I was the youngest of quite a few kids and we were all into sport. I was in athletics and got spotted sprinting in school. I got an injury at 18, had to quit, so I went to university and came out with a Sports Science degree. I went into management enterprise and came away as the youngest junior manager at 23; by the time I was 26 I was regional manager for the South West of England of Fitness First. I left to work with other companies, whilst training and presenting, and I got a call from Jordan’s [Katie Price] people, saying, ‘We’ve seen you on the Internet and everywhere, do you do fitness DVDs?’

How was that and what were the results of working with Katie?
It was fun; she’s a nice person, a hard worker. Straight after her baby I got her ready for her wedding in three month, it was crazy. After that did the big entrance for Coronation Street [made a No1 WOW Workout DVD with Vicky Entwistle in 2006] and Dancing on Ice; then The Biggest Loser phoned, saying, ‘We’ve seen you around, we’re auditioning for a new person.’ Had a laugh and before you know it, doors keep opening.

What’s been your biggest challenge so far?
Overcoming people’s assumptions! People say, ‘Oh, he’s just a muscle man’ or ‘You’re doing this because you can’t do anything else’ – trying to break through this glass ceiling.

What habits can men avoid that pile up the pounds?
Eat your food – don’t live on liquid; don’t think carbs shakes and protein shakes. Eat your food! Don’t just train for muscle, train for conditioning; so a mix between cardio and strength training so you’ll have a nice mix. And have an open mind, don’t say no to anything. Don’t have a set plan, be flexible – if something doesn’t work, change it up straightaway. An important thing is be patient.

People want to be fit in six weeks…
Hence why people start taking stupid supplements and bits and pieces, doing steroids to get to the end fast. Take your time and get there.

Any habits women should avoid?
Strength train, eat breakfast regularly; don’t get emotionally attached to the idea of anything: too many women go, ‘I want to be a size whatever’ or ‘I want to be a certain weight’ – how about you look good and feel good? How about you go with that feeling, rather than emotional attachment to a number or shape? Eat properly, less shortcuts. Too many people, if they have a bad day, do something bad physically; so if they get emotionally hurt, they get physically hurt by eating lots of food – separate the two. A lot of people think, ‘If I exercise and still eat bad food I could still lose weight’ – what do you say?
It’s like 70-80 per cent nutrition and 20-30 per cent what you’re doing – although in everyone it’s different. You can’t rely on good genes forever, and although externally you may look the part, internally some people are a mess, with bad cholesterol. If you ask some people, they’re like, ‘Yeah, I’m great’ – but there’s lots of skinny fat chicks out there.

It’s true – if you see someone you’re like, oh, my God, they look great, so skinny! But inside they…
…Have no muscle or nothing else. They’re just naturally skinny.

How often should you exercise?
I’d say at least three times a week, and they don’t have to be long. As long as you are doing something high intensity, a half-hour workout, that’s enough as a minimum.

What’s your favourite exercise?
Cross-training, because I love to push myself – I’m ultra-competitive. Also because it taxes my resistance training, my strength, my conditioning, flexibility, everything!

So what’s next for you?
Family is very important to me, I’m getting married this year, hopefully and then babies.