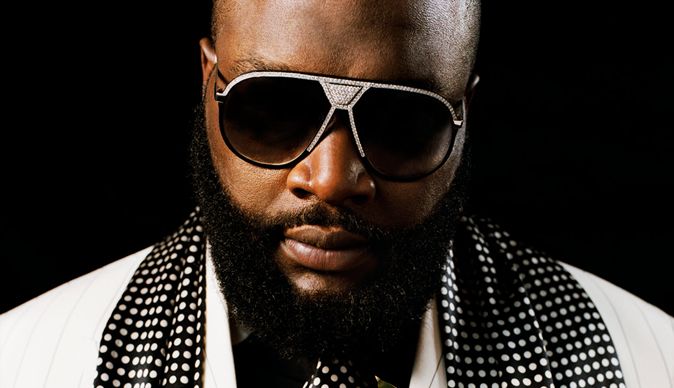 Rapper Rick Ross whose birthday it is today was reportedly the target of a shooting in Fort Lauderdale early Monday morning.  Ross was not shot during the incident — nor was a female passenger riding shotgun inside the car. Witnesses who saw a Rolls Royce crash into a apartment building on Las Olas road said the car was the target of a drive-by shooting. According to their reports, the vehicle slammed into a residential building after shots were fired.

According to local reports, “dozens” of shots were fired at the vehicle around 5AM but fortunately the car was not hit with bullets and no one was hurt in the incident.

The Rolls Royce was traveling eastbound on Las Olas when another vehicle opened fire on it, police said.

When the Rolls tried to get away, it crashed into the building at 311 Southeast 15th Avenue. Neither of the two people inside were injured, police said.