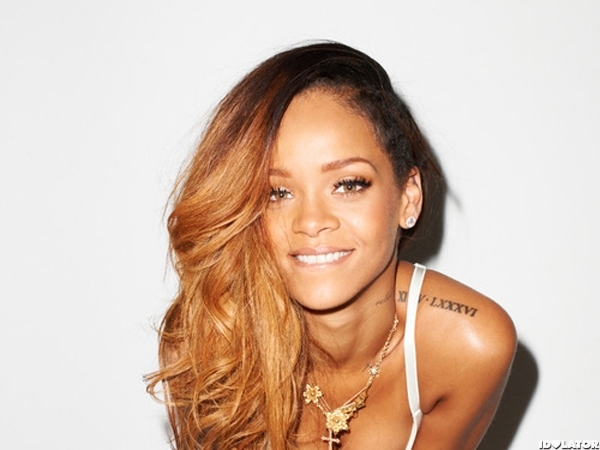 Ot ohhh it seems that Topshop have been very naughty. Rihanna has successfully sued the shopping chain owned by Arcadia Group for £3.3 million after they used her likeness on t-shirts without permission. The tees were sold as the ‘Rihanna Tank’, which changed pretty sharpish to ‘Icon Tank’ after Rihanna filed the complaint. The Barbadian singer was upset that Topshop had duped her fans into buying unofficial merchandise, which could have harmed her reputation. However, the chain argued that it was only being sold as fashion wear and wasn’t promoting the singer in any way. Sure merchandise sales make up part of the singers revenue but does she really need any more money? Topshop evidently didn’t think so as they made it clear they thought they had done nothing wrong. Apparently they bought a license from the photographer who took the photo during her video shoot for ‘We Found Love’ back in 2011. However, since he was a freelance photographer and the photo was taken without Rihanna knowing the singers legal team are saying it was never authorised. The judge ruled in Miss Fenty’s favour and said ‘…I find that Topshop’s sale of this T-shirt was an act of passing off.” To be honest I’m pretty sure the lawsuit won’t damage the multi-million pound company too badly and Rihanna is going to carry on asking to be papped in their clothes so are there really any losers here? Nahhhh!