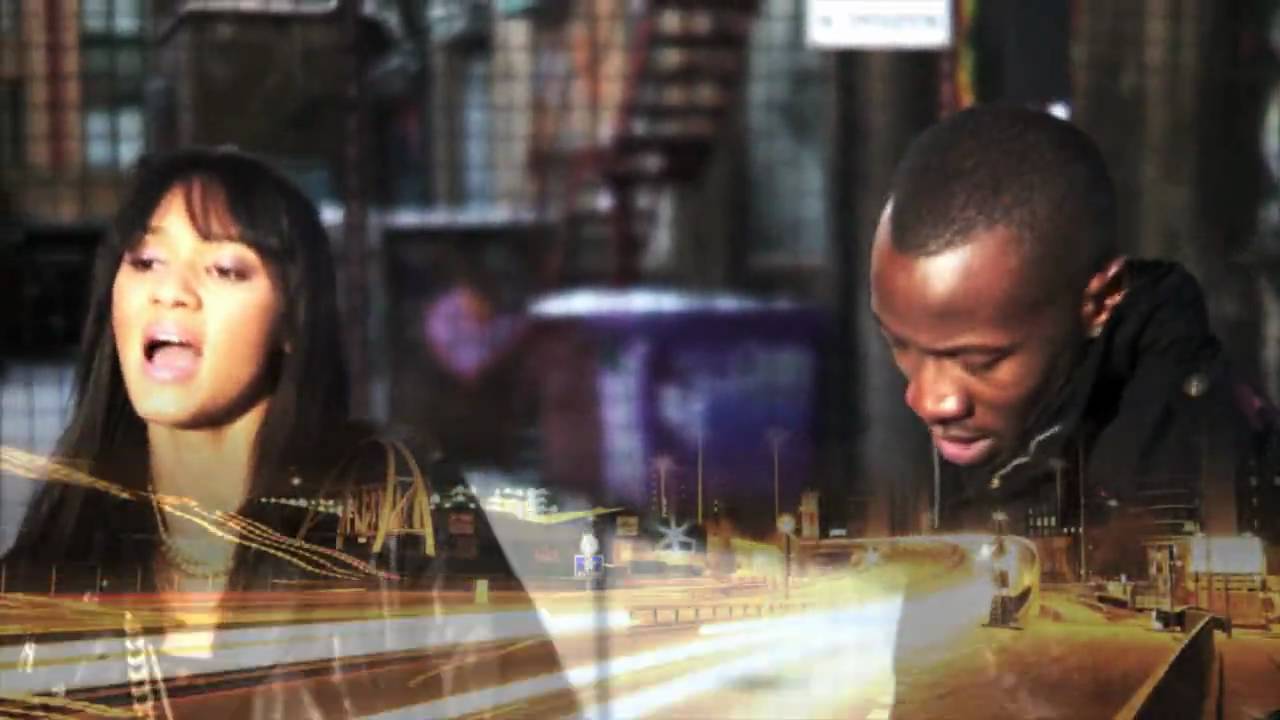 RIO is a Manchester emcee fast gaining the respect and admiration of London emcees like Scorcher, Wretch 32 and one of the pioneers of the grime scene Wiley aka Eskie Boy. And it is admiration that is far from mis-placed. After a chance hook up with East End producer Bless Beats at I Luv Live and then a freestyle that had the very knowledgeable I Luv Live crowd baying for more RIO has been gaining popularity.

His first single, Narrow Roads was immediately pounced on by stalwarts of the scene like Ras Kwame and Mista Jam and with his polished video it has been gaining fans. Currently pushing his next single Mr Un-predictable, RIO is as they say in buoyant mood about his onslaught on the London scene.

Flavour: So how did this whole music bug catch you because it seemed fairly late on considering you are twenty-four now?
RIO: Well I have always been music orientated my dad plays the drums but It really started with my cousin T Bizzle in my bedroom where we started to make music. My cousin actually set up a crew called Street Smart in Manchester in a bedroom. We would write music in the bedroom and then go to the studio and record it at a main studio. Eventually we made a mix-tape and I got on my first mix-tape. We eventually started to get noticed and started doing shows, pirate radio and stuff.

Flavour: And what about Hit Em Up, the crew that you were involved with.
RIO: Hit Em Up came later Street Smart was the first birth of me into the music scene and from the group I started progressing and perfecting my flow and then I hooked up with a guy called Wrigley who is doing really well with Wiley on A List so we are both flying the flag for the city. I linked up with him because his name was buzzing around and I thought I need to be there because I though t that I was that good. We banged out a mix-tape called Swagger Brothers in like two weeks flat and got the posters out and through that mix-tape we were able to link up with Scorcher.

Flavour: That’s a great look then.
RIO: Definitely because once we made contact with Scorcher we drove down to North London and linked up with Wretch and Scorcher in the studio and we did some tracks together and put them on our mix-tapes. My mix-tape was Undisputed Underdog and we all had a mix-tape launch night in Manchester and Chipmunk came down and that turned out to be really successful.

Flavour: After such promise with your crew Hit Em Up, you decided to leave why did you make that decision?
RIO: Well I wanted to do my own thing to find myself as an artist because I don’t think crews really last like with Nasty Crew and others. I wanted to experiment with other sounds and through that I came up with a track called Dance Like Me which is an electro track which I recorded with a singer called Chris Royal from Manchester who is an amazing singer. From that I was able to go on a tour with a Manchester group called Platinum who have had success in the charts with H2O.

Flavour: How did the other people in the crew take that decision because that can sometimes cause hating or animosity?
RIO: The guys were really great in truth because they understood that this was an opportunity for me and they knew that in getting this opportunity the doors would obviously be opened for them as well. They were not holding me back they told me to do my thing and that they would hold things up. It’s all love and we are still making tracks together to this day. I was on the phone to Wrigley today in fact and we remembered talking about this three years ago; “we should hook up with those boys in London like Ghetts and Wiley” and now we are doing that. Flavour: It’s great that they showed love and support for what you are doing. You spoke about touring with Platinum as well, that must have been a great experience then?
RIO: It was touring around the country was a great experience as an artist to see things that other artists from my genre of music might not necessarily see. Platinum are more of a pop group as opposed to an urban group and so seeing that side was great. I came back with a different mind-set and mind frame and from there I just knew. I used all those aspects to transform my sound. I did not turn pop but I used the elements to make different beats, different choruses.

Flavour: Is the whole “selling out” thing unfair?
RIO: Yes it is because people like Dizzie are not selling out, he is opening up doors for others to come through. People have to realise that it is also a business and labels are looking in a sense for a business; are you marketable, can you sell and so on?

Flavour: There seems to a wealth of talent coming from outside London now and Manchester seems to be producing some names as well.
RIO: That is true because Manchester has so many talented people from rappers, singers, musicians to dancers and the talent is not really getting the recognition. That is why I decided to come down to London with my manager and let people know in London I am not here to ramp I am here to work, who wants to work with me? It has really worked well and I am grateful for the love that London people are showing me.

Flavour: Is it a shame that you have had to come to London for you and the Manchester scene to be recognised?
RIO: Well the scene is London based but up North we have created our own thing with the bass-line scene but people are coming up North anyway. Wiley was like Manchester are coming and he came down and now it has just started domino effect. At the end of the day anyway this coming together is better for the UK scene and so that is great.

Flavour: And talking about coming together what about hooking up with London man Bless Beats on your new single Narrow Roads.
RIO: Well that all happened when me and Mike (Rio’s Manger) came down to I Luv Live. There was the open-mic session I was going should I go up and there was a guy in front of me who turned out to be Bless who said go up? So I free-styled and I got the best crowd reaction. So while I was handing out my cd’s after the free-style (the guy who was Bless) saw the cd and Wretch’s name and he said you should get some beats from me. I was like “who are you?” and he told me who he was and from there we hooked up and he gave me some beats he had.

Flavour: And the inspiration behind the track?
RIO: It’s really just about where I have come from as in fitting in to now where I am standing out and coming up in the game in Manchester, having links with people in London and being able to get my sound out here as well. It was funny because I wrote the hook but I did not have a singer but I felt that having a singer would add that commercial, radio feel. I eventually asked my manager’s girlfriend who sang the hook and it was what I was looking for.

Flavour: I saw the video for Narrow Roads who is behind that?
RIO: Well it is this guy called Ben who did a video for Bashy called life. We gave him ideas, he gave us ideas and we came up with the whole concept. The video surprised me and others actually because the video is just so creative and so I am just really happy.

Flavour: So what’s the next thing on the agenda?
RIO: Well the next single is produced by a guy called Nathan Retro and it is called Mr Un-predictable he is from Manchester he is signed to Take over which is Tinchy Stryder set up and so he knows what it is. He gave me the beat about four weeks ago but I was clear that I did not want something outrageously commercial but I wanted something that could build from Narrow Roads with the same kind of formula.

Flavour: And the release date?
RIO: Well we are in studio this month (April) and we will then get it mixed and mastered and then send it out to the DJ’s straight away. There is a video planned it will be with a guy called George who has worked with N-Dubz and he will get the treatment done. We are actually doing to videos in one because there is another track we have produced by a hot producer from Nottingham and so we are looking end of May beginning of July for everything. Then hopefully we working to a summer banger called Drink n Rave.

Flavour: What’s the vibe on that?
Rio: Well that is more of a club scene track and that one I think will be a good track for the summer time to get my name about even more.

Flavour: And the forthcoming plans for you?
Rio: Well we have a three year plan that we are looking to do in a year and that will be possible. At the moment, I just want to focus on the music and anyone who wants to work with me I am ready holla.

Narrow Roads and Mr Unpredictable is out July 26
Shout out to Manilla Pr and Mike at RareBreed.
www.myspace.com/riostreetsmart